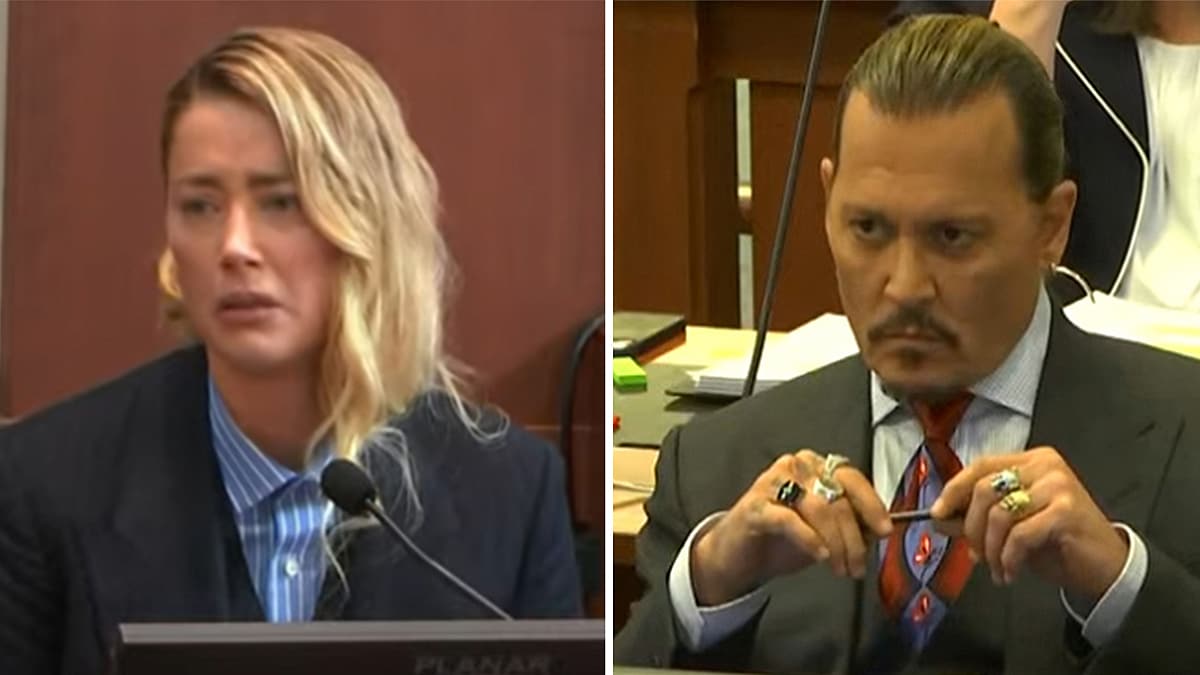 Heard said the first time Depp hit her, he was drinking and had a jar of cocaine on the table. She told the Fairfax, Virginia courtroom that the actor “slapped” her across the face for laughing at one of her tattoos. She said, Depp then called her a “b***h” and slapped her again.

Heard said the relationship began after filming Rum Diary. At the time, the “actress said she’d only had small roles in “Zombieland,” “Pineapple Express.” and “Friday Night Lights”

Heard said the couple bonded over “books, music and poetry.” While filming a scene for “Rum Diary”, Heard said Depp “grabbed my face and pulled me into him and really kissed me” using his tongue from him. Although the kiss was scripted, Heard said “there’s certain things that you do to just maintain a certain line and it just felt like those lines were blurred.” At the time, both Depp and Heard were in relationships with other people but became single shortly after.

During the press tour for “Rum Diary” she said they “fell in love.” Depp showered Heard with expensive gifts and the two spent the night together in Heard’s London hotel room. “For the rest of the press tour we were, it was on,” said Heard.

She said Depp made her feel like “the most beautiful person in the whole world. You know made me feel seen, made me feel like a million dollars” but she was concerned about the “dream” romance the two were living in what Heard described as a “bubble.” She said Depp wanted to keep the relationship “under the radar” because he had not announced his split with his children’s mother. “As Johnny pointed out, the world would blame me and call me a home wrecker even though I had nothing to do with it.”

Heard described herself as being “head over heels” in love, but Depp’s behavior started changing, he was drinking and would disappear. Heard said Depp criticized her clothing for her and she found herself not talking about auditions because “he would make these comments about whoring myself out but do so in the context of me acting,” Heard said. “It felt really dirty to be an actor.”

She said Depp would accuse her of cheating but it would escalate “to the point where he would push me or shove me down.” Heard testified she remembered Depp hitting her in her face when she denied having an affair with her ex. “He said he had proof. I denied it. I was walking out of the bedroom and he slapped me across the face.” Heard said she found herself “walking on eggshells.”

“My defense was, I’d go uncle some other place. I don’t know how to describe that it was I’d focus on something else. I’d stand up, look at him, try to stand up to him that way. Later, I adopted other strategies to deal with it,” she said.

Heard said Depp’s personality varied depending on what substance he took, including speed, opioids, Adderall, cocaine, quaaludes and alcohol. “I had to get good at paying attention to the different versions of him,” Heard told the court.

Heard said she confided in her therapists and her mom about the physical abuse she was suffering.“I just wanted to have someone to talk to about how scary it was. The rage and the uncontrolled violence,” she said.