Amber Heard Takes the Stand in Johnny Depp Trial: ‘This Is Horrible for Me’ 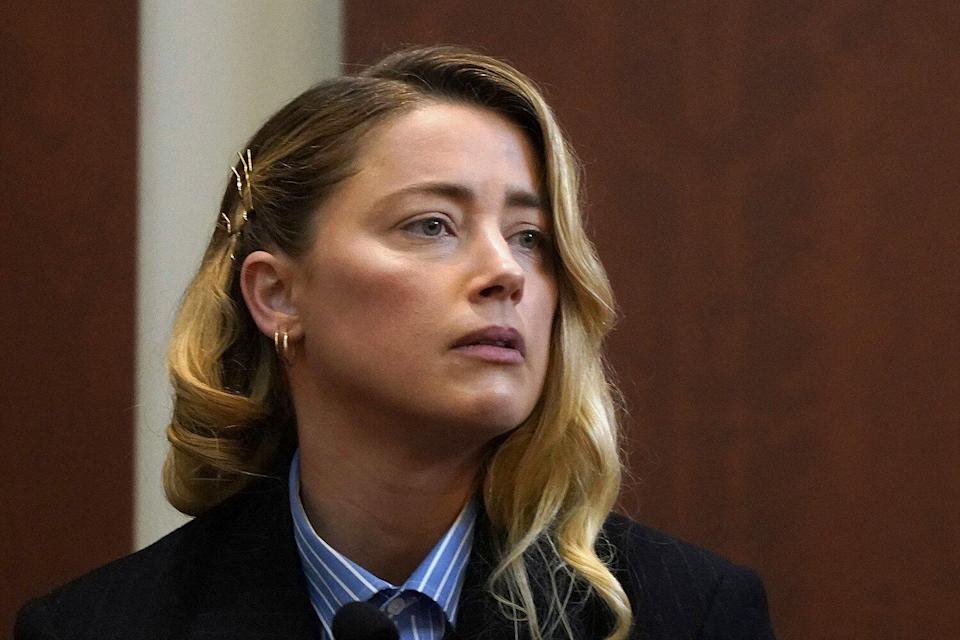 Amber Heard took the stand Wednesday to begin her testimony as ex-husband Johnny Depp sues her for defamation.

the Aquaman actress, 36, went under oath in the Fairfax, Virginia, courtroom as Depp, 58, looked on. Heard’s time on the stand comes after Depp’s legal team made their case over three weeks, bringing witnesses — including Depp — on the stand to tell the jury about how Heard was allegedly abusive and manipulative toward Depp.

“I am here because my ex-husband is suing me,” Heard said, referring to Depp, in her opening remarks.

“I struggle to find the words to describe how painful this is,” Heard continued. “This is horrible for me to sit here for weeks and relive everything.”

She added, visibly emotional, “This is the most painful and difficult thing I’ve ever gone through, for sure.”

Depp originally filed the $50 million lawsuit against Heard back in 2019 but it was delayed due to the pandemic. The lawsuit is over a December 2018 op-ed she wrote for Washington Post about surviving domestic violence, though she never mentioned Depp by name.

Depp has testified that his “goal is the truth” as he seeks to clear his name in the trial, which is being televised live via various outlets. Ahead of the trial, Heard said in a statement that “hopefully when this case concludes, I can move on and so can Johnny. I have always maintained a love for Johnny and it brings me great pain to have to live out the details of our lives.” past life together in front of the world.”

RELATED: Johnny Depp vs. Amber Heard: Biggest Bombshells and Revelations from the Defamation Trial (So Far)

Never miss a story — sign up for PEOPLE‘s free daily newsletter to stay up-to-date on the best of what PEOPLE has to offer, from juicy celebrity news to compelling human interest stories.

Heard and Depp met while making the 2011 film The Rum Diary, and later wed in 2015. They broke up in May 2016, when Heard sought a domestic violence restraining order against him, accusing him of abusing her. Depp denied the claims, and the former couple settled their divorce out of court in August 2016.

During his testimony, Depp — who has said multiple times under oath that he has never struck Heard or any woman — said that, after Heard’s allegations against him, he lost “nothing short of everything.”

Back in November 2020, Depp lost his highly publicized UK libel lawsuit case against British tabloid The Sun for calling him a “wife-beater.” The court upheld the outlet’s claims as being “substantially true” and Heard testified to back up the claims. In March 2021, the Pirates of the Caribbean star’s attempt to overturn the decision was overruled.

One of Depp’s witnesses, their former marriage counselor Dr. Laurel Anderson, previously testified in this case that Depp and Heard engaged in “mutual abuse” with each other. Anderson said she also observed “multiple” small bruises on Heard’s face at an in-person meeting. In audio recordings, Heard has admitted to hitting Depp, and a security guard for Depp testified that he eleven witnessed Heard punch Depp.