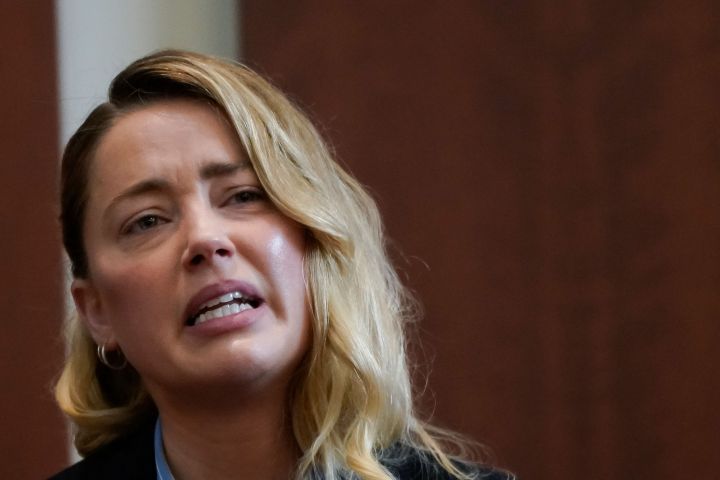 By Miguel A. Melendez, ETOnline.com.

Amber Heard testified in court that Johnny Depp threatened he could “kill” her after she claimed he grew furious for “telling on him” to his kids that he had fallen off the wagon and started drinking again.

The “Aquaman” actress took the witness stand on Wednesday and recalled a July 9, 2013 incident in the Bahamas, where the then-couple were said to be enjoying one last ride on his yacht with the actor’s two kids — Lily-Rose and Jack — because Depp had sold the vessel to author JK Rowling.

Heard claimed Depp was “upset he had to sell the boat,” and added that those emotions were compounded by Depp’s drinking, which Heard claimed Depp tried hiding by pouring alcohol in coffee cups. She added that there was no “off button” once Depp started drinking, and his behavior grew more erratic as a result. She claimed that as he became visibly drunk, Depp’s then-14-year-old daughter became “panicky” and was upset by his behaviour.

Heard testified that the tipping point came when Depp half-playfully threw himself off the boat, sort of like a “dead fish” type of way, or a bad belly flop. “It looked a little scary,” Heard said. “Not something somebody would do if they were completely okay.”

She then claimed Lily-Rose started crying, and those emotions evolved into “almost like a panic attack” and Lily-Rose then peppered Heard with lots of questions.

“I’m holding her and comforting her,” Heard recalled. “Johnny comes in and within a few seconds I realize that he shifted his attention on me and then he seemed very angry. I have asked Lily-Rose to leave. Lily-Rose leaves, looks at me crying. And Johnny starts accusing me of kind of telling on him and calling him a drunk in front of his kids.”

See also  Is the Yuffie chapter of FF7 Remake part of the original Final Fantasy 7?

Heard denies “telling on him,” adding it’s not her place to tell his kids about his drinking. “I was actually trying to protect Johnny,” she said.

“He slams me up against the side wall — we were in the bedroom this whole time — up against the wall of the cabin and slams me up by my neck,” she recalled. “And he holds me there for a second and tells me he could f***ing kill me and that I was an embarrassment.”

The actress had also testified about an alleged incident a few weeks prior on June 26, 2013, when she claimed a plane ride to Russia turned into a bizarre episode. Heard claimed she, Depp and a flight attendant all took MDMA together, but Depp almost immediately grew frustrated with the flight attendant for being too friendly with Heard.

“I don’t recall any violence on the plane between Johnny but there was tension, and I was wondering when it was going to be aimed at me,” Heard recalled.

After landing in Russia and once inside their hotel room, Heard claimed Depp accused her of causing the stir on the plane.

“I point out what I thought was obvious — we had given her drugs,” Heard testified. “It wasn’t an affair. I’m trying to argue and defend myself at the same time. At one point Johnny shoves me. Hard. I fall back onto this glass table. I caught myself on the table. I’m trying to stand up for myself. I’m trying to stand up, literally. I’m in this hotel trying to fight the verbal accusations but mostly I try to stay on my feet.”

Heard also testified about the first time Depp allegedly hit her and the actor allegedly doing a cavity search on her.

Amber Heard Claims Johnny Depp Did a Cavity Search on Her