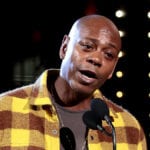 Bill Maher says it’s time for new management at Twitter – and all the evidence is right there in a pile of recent, glaring mistakes over what to censor.

The HBO host kicked off “Real Time” this week weighing in on Elon Musk’s infamous bid to buy (and subsequently set free) the censor-happy platform, first by establishing that the Tesla founder is basing his impulse-buy on a valid point.

“Let’s just start with [the argument of] ‘It’s a private company. They can do whatever they want,’” Maher told the panel. “Let’s get past that. That’s a dodge answer. What Musk is saying is but it is de facto the town square, and some sheriff should come in and say, what good is the First Amendment if the place where people are really talking, they can’t talk.”

He got no argument there, neither from MSNBC host Ali Velshi, nor former Senator Doug Jones (D, Alabama). But Maher had much harsher words for Twitter’s judgment errors than either of his left-leaning guests from him.

“The argument to me is like, has Twitter failed in setting themselves up in the past as the judge of what can go out there? I would say yes,” Maher said. “You failed when you threw the New York Post off of Twitter for talking about Hunter Biden’s e-mails, and it turned out that it was a real story. You failed when you said we couldn’t read about whether Covid had come from a lab. You failed!”

But the biggest head-scratcher for Maher was Twitter’s decision to flag a Babylon Bee video – about how Twitter is overly sensitive – as being “sensitive content.”

“This is so through the looking glass!” an exasperated Maher said, adding: “This is well within what satire has always been. and the fact that they flagged this for being insensitive, shows their complete lack of self-awareness about what their own problem is. if that’s where the line is? You have failed, Twitter. You do need a new show.”