Dave Chappelle Attacked on Stage at the Hollywood Bowl 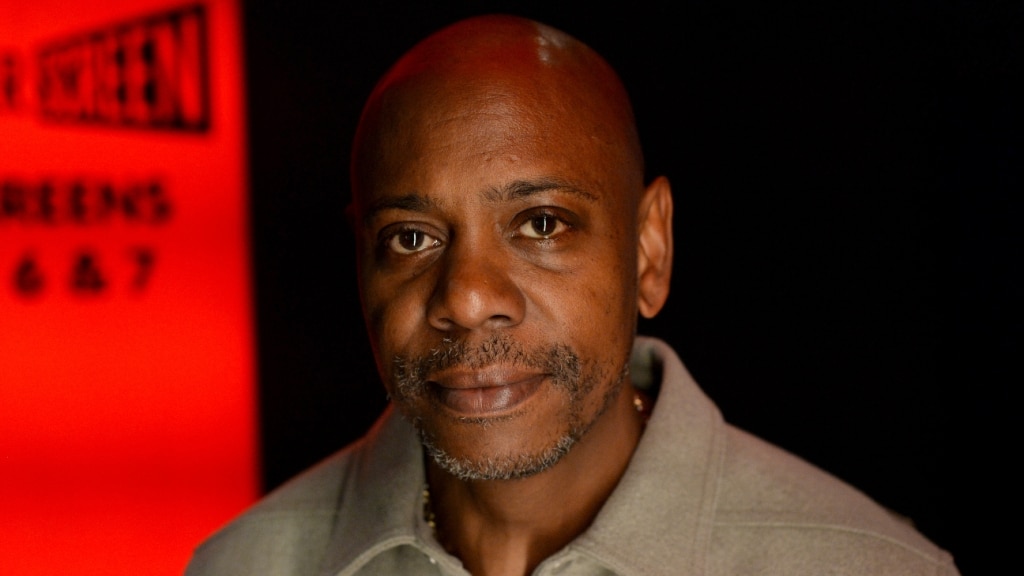 Comedian Dave Chappelle was assaulted on stage during his set at the Hollywood Bowl on Tuesday night, according to people who attended the show and footage circulating on social media.

Several event attendees posted videos of the incident on Tuesday evening, the footage seeming to show Chappelle on stage performing when a man to his right rushes at him and tackles him to the floor.

The man is then seen to be dragged away by security.

NBC News Los Angeles reported that the LAPD had confirmed they had taken a man into custody and that he was armed with a replica gun “that can eject a knife blade” when discharged correctly. It wasn’t immediately clear if the man tried to use the weapon. Police said that Chappelle was not injured in the incident.

In video footage immediately after the attack, Chappelle is seen to recover his composure and joke, “It was a trans man.” The joke was a reference to the ongoing controversy surrounding some of the comedian’s jokes in his Netflix specials that have been constructed as transphobic.

BuzzFeedNews reporter Brianna Sacks, who attended the show, tweeted that the attack took place towards the end of Chappelle’s set, and the man “got his ass kicked” by security. She added that, before he was attacked, Chappelle had talked about needing more security after the controversy over his trans jokes about him.

Also in attendance was Stephanie Wash, a journalist for ABC, and she tweeted that Chris Rock, who performed earlier in the evening, then came on stage and joked: “Was that Will Smith?”

Later, in video of the curtain call, Chappelle spoke more about the incident and called out to thank actor-comedian Jamie Foxx. “Whenever you’re in trouble, Jamie Foxx will show up in a sheriff’s hat,” said Chappelle.

“N——, I thought that was part of the show, I didn’t know what the fuck…” Foxx jokes in response.

Chappelle then says, “I grabbed the back of that n—— head. His hair was fluffy. absorbent”

Foxx then takes a moment to address the crowd and Chappelle. “Listen, I just want to say, this man is an absolute genius. We’ve got to make sure we protect him at all times,” said Foxx.

He added, “For every comedian who comes out here, this means everything. You’re a genius. You’re a legend, I thoroughly enjoyed myself, and we’re not going to let nothing happen to you.”

Chappelle then jokes to Foxx, “I’ve been doing this for 35 years. I just stomped an——— backstage. I’ve always wanted to do that.”

Chappelle was performing as part of the Netflix Is A Joke Fest, an 11-day stand-up comedy festival backed by streaming giant Netflix. The festival features 130 comics with some of the biggest names in the industry in its inaugural lineup including Seth Rogen, Chelsea Handler, Aziz Ansari, Bill Burr and Conan O’Brien. The LA-based event is taking place across 25 venues.

The Hollywood Reporter has reached out to Chappelle’s rep and Netflix for comment. A spokesperson for the Los Angeles Philharmonic Association, which operates the Hollywood Bowl, was unable to comment as there was an active investigation into the incident.

The attack on Chappelle is likely to reignite worries in the comedy community about audience members rushing the stage and attacking comedians. The issue was highlighted after Will Smith slapped Chris Rock at the Oscars last month.

A THR report in the aftermath of the slap incident, showed that comedy clubs were considering adding security guards, preshow warnings and even metal detectors for shows.