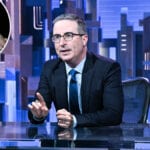 A group of Florida taxpayers and residents who live near Walt Disney World in Orlando are suing Gov. Ron DeSantis over the state’s plan to dissolve the special tax district known as the Reedy Creek Improvement District, claiming the state violated their rights and will burden them with $1 billion in Disney’s bond debt.

The plaintiffs, who are identified as Michael Foronda, Edward Foronda and Vivian Gorsky and are described as property owners living near Reedy Creek in the surrounding Osceola counties, filed a complaint in Florida federal court on Tuesday, alleging that stripping Disney of its special district designation would “move these major regulatory burdens unto the county, thereby increasing the Plaintiff’s taxes, and will cause significant injury to plaintiffs.”

“Ron DeSantis has been clear on his intended punishment of Disney, although he claims the elimination of special districts will not affect central Florida taxpayers,” the suit reads. “Taxpayer lawsuits such as this one are meant to check and restrict official government misconduct.”

They seek to declare the law as unconstitutional, and a lawsuit was expected in challenging it, which would end the exemptions Disney holds in Reedy Creek by June 2023. But the taxpayers also took issue with DeSantis for what they perceived to be the governor’s office punishing Disney and violating its First Amendment rights.

See also  The Flash: When Cisco Leaves, THIS Season 1 Villain Should Take His Place

Reps for Disney and DeSantis’ office did not immediately reply to a request for comment.

Disney has remained silent on the passage of the bill that would dissolve the Reedy Creek District, but a statement to investors from Reedy Creek said that under the terms of a 1967 law that helped establish the district, the state can’t actually proceed with its plan unless it also covers all outstanding debts to bond holders in the district, including interest payments that may be due. DeSantis in a recent town hall with Fox News pushed back on that notion and maintained that Disney would manage its own debts. 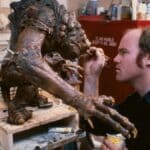 Since 1967, Disney has received tax and regulation exemptions for an area known as the Reedy Creek Improvement District. The exemption in effect allows Disney to govern itself on Disney World grounds, including having its own fire department and board of supervisors, as well as its ability to oversee land and environmental regulations. But DeSantis signed a bill into law last month that would end the privileges.

DeSantis’ passage of the law has widely been seen as retaliation against Disney for opposing the “Don’t Say Gay” legislation, with him railing against “woke corporations” under the belief that they have an agenda to push ideas about sexuality into their programming and saying that he didn’t want such companies getting “special treatment” in the state.