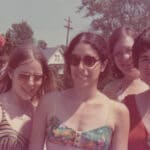 James Corden on Tuesday’s episode of “The Late Late Show” ditched his usual news recap for something much more somber: His still-very-stunned reaction to the news from Monday that the US Supreme Court’s right wing majority — all but one of whom were appointed by presidents who actually lost the popular vote and only became president thanks to the electoral college—is going to overturn Roe v. Wade and effectively bring an end to abortion rights in America.

And during his remarks, Corden said he and the entire “The Late Late Show” staff “stand in solidarity with women” against what he called “the biggest roll back of human rights in Modern US history.”

Talking about the news is “tough today,” Corden said as he began his remarks, “’cause there really is only one new story in America today. I’m sure you’ve heard about the leaked Supreme Court decision that would overturn Roe v Wade. I think every single one of us was gobsmacked and shocked when we, when we read this.”

“Now as you might have worked out by now, I’m not from this country, but in the UK where I grew up, abortion has been safe and legal for many, many years. We have a health care system that takes care of women, and their children, free,” Corden continued. “But here, today in America in the year 2022, 5 judges that according to polls on this subject don’t seem to reflect the feeling of this nation, are about to rule away the reproductive rights of over 50% of this nation.”

“It’s mystifying, it’s baffling. For the past 2 years, we’ve seen people crying out for ‘medical autonomy,’ from pushback on mask mandates, to anti-vaccination protests. And yet now, some of the most vocal opponents of ‘government interference in medical care’ are supporting a decision that says your body, my choice,” Corden said, looking directly into the camera.

“This is the biggest roll back of human rights in Modern US history,” Corden said, noting that “we know what a reversal of reproductive rights looks like because your parents, and grandparents, they lived it already. When abortion is illegal, it doesn’t stop abortions, it still happens, it just has incredibly devastating consequences for mothers and their families.” 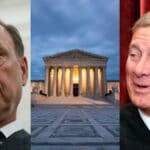 “And of course,” he said, “the most devastating consequences so often fall upon communities of color, and the economically disadvantaged.”

Corden lamented that in many states, personal decision making “would very much be taken away from the individuals most affected: Women making hard and difficult choices about their own bodies, based on circumstances that are frankly none of our business, It’s nothing to do with us.”

“This news is stunning, and sad, and terrifying in its future implications for basic rights that we all thought were guaranteed. Me and everyone here at ‘The Late Late Show’ stand in solidarity with women today, and everyday, and I hope so much that people who make the decisions in this country will think long and hard before they let this devastating overthrow of human rights stand ,” Corden concluded.

“The Late Late Show” airs at 12:35 am but the show was kind enough to share Corden’s remarks in advance. Watch the whole thing above.

See also  Friends: 5 times Rachel was a good friend (and 5 times she was horrible)