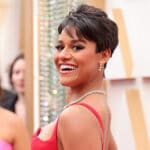 The drama will focus on Baker’s role as a spy for the Allies during World War II, with Monáe also producing through her Wondaland banner.

The rights to the hot project, which is a dream fans have long had for the “Hidden Figures” and “Harriet” star, is being fought over by several streamers, dead line reports. Monáe channeled the star’s 1930s glamor in her retro ensemble at this week’s Met Gala.

Baker was born in America, but spent most of her celebrated career in Europe. She was the first Black woman to star in a major motion picture, the 1927 silent film “Siren of the Tropics.” The Roaring Twenties icon caused a scandal when she appeared on stage topless in her trademark banana skirt and a beaded necklace.

Eight-time Grammy nominee Monaé will next be seen in Rian Johnson’s “Knives Out 2.”

See also  Evangelion 3.0 + 1.0: what critics are saying about the final film