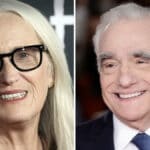 Martin Scorsese is boarding a documentary about some of his favorite filmmakers, with plans to both narrate and executive produce a movie about the lives of the British duo Powell & Pressburger.

Michael Powell and Emeric Pressburger, under their production company The Archers, directed some of the finest films of Britain’s golden age of cinema – and often in ravishing color – such as “The Red Shoes,” “Black Narcissus,” “A Matter of Life Or Death” (also known as “Stairway to Heaven”) and “The Life and Death of Colonel Blimp.”

Scorsese has often cited their influence, and has referred to their movies as “grand, poetic, wise, adventurous, headstrong, enraptured by beauty, deeply romantic, and completely uncompromising.”

David Hinton, a BAFTA and Emmy winner, will direct the untitled feature, which will be something of a personal journey for Scorsese as he reflects on how he was captivated by their films at a young age, used their movies as inspiration for his own work and even formed a close friendship with Powell late in his life.

“I still find it extraordinary that I knew Michael Powell personally for sixteen years – and,
throughout that time, he was not only a support, but a guide, pushing me along, giving me
confidence, keeping me bold in my own work,” Scorsese said in a statement. “I’ve seen the films that he made with Emeric over and over again but the experience of excitement and mystery that I get from them doesn’t just remain, it deepens. I don’t know how it happens but for me, their body of work is a wondrous presence, a constant source of energy, and a reminder of what life and art
are all about.”

“There’s no British films that I admire more than those of Powell and Pressburger, and working
with Michael Powell in the 1980’s was one of the most enjoyable experiences of my
professional life. On top of that, there’s no living film-maker that I admire more than Martin
Scorsese, and no-one speaks about Powell and Pressburger with more passion, conviction
and insight. When you put that together with all the magical archive material that we’ve
found, you can see why this is a dream project for me,” Hinton said in a statement.

The film is financed by BBC Film and the National Lottery and Scottish Government through
Screen Scotland. Altitude are handling international sales and will release the film in the UK & Ireland. 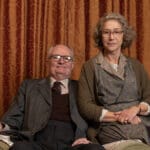