New York Times Subscriptions Hit 10.4 Million in Q1 Thanks to The Athletic Acquisition 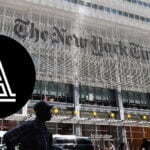 The New York Times Company on Wednesday reported that its print and digital subscriptions topped 10.4 million after the first quarter of 2022.

The news giant reported an adjusted earnings per share of 19 cents with a revenue of $537.4 million, a 13% increase over the same quarter in 2021. Operating profit decreased to $6.3 million in the first quarter of 2022 from $51.7 million a year ago, largely due to the one-time costs related to the January acquisition of The Athletic Media Company.

The Athletic acquisition helped lead to a 1.35 million net increase in digital-only subscriptions compared with Q1 2021.

Times President and CEO Meredith Kopit Levien said in a statement: We’re off to a strong start on the next phase of our strategy, which is to become the essential subscription for every English-speaking person seeking to understand and engage with the world. We believe we have a tremendous opportunity to win a larger share of a still-growing market. We’re confident that we can attract, retain and monetize subscribers and drive profitable growth as we progress towards our goal of 15 million subscribers by the end of 2027.

The New York Times has a goal of targeting at least 15 million subscribers by the end of 2027. After acquiring sports site The Athletic in January, it surpassed 10 million subscriptions, which it had aimed to hit by 2025. With The Athletic in its portfolio , the Times previously projected 11% to 15% jump in total subscription revenues and 23% to 28% in digital-only subscription revenues. The company continues to expand its subscription business by targeting English-speaking readers globally with more bundled digital options for its other games and cooking products.

See also  Alejandro G. Iñárritu: 5 ways the reborn is better than Birdman (and 5 why Birdman is better) 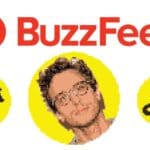