Nikolaj Coster-Waldau Joins ‘The Last Thing He Told Me’ 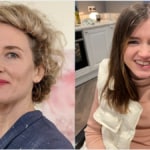 Nikolaj Coster-Waldau has joined the cast of the Apple TV+ limited series “The Last Thing He Told Me” alongside Jennifer Garner and Angourie Rice.

The series is based on the novel by Laura Dave. It follows “Hannah (Garner), a woman who forms an unexpected relationship with her sixteen-year-old stepdaughter Bailey (Rice) while searching for the truth about why her husband has mysteriously disappeared,” per a logline from the streamer.

Dave adapted her novel for the small screen with her husband Josh Singer, best known for penning the Oscar-winning film “Spotlight.”

“The Last Thing He Told Me” was published in 2021. It has spent over 40 weeks on The New York Times Bestseller list.

The series is produced by Reese Witherspoon’s Hello Sunshine and 20th Television. Olivia Newman will direct. Newman previously worked with Hello Sunshine on the upcoming book-to-movie adaptation “Where the Crawdads Sing,” which hits theaters on July 15.

In addition to starring, Garner will also executive produce as will Witherspoon and Lauren Neustadter for Hello Sunshine. Singer and Dave are also EPs. Newman co-executive produces.

A release date for the series has not yet been revealed.

Coster-Waldau wrapped an eight-episode run on “Game of Thrones” in 2019.