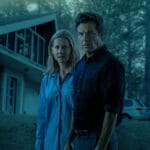 Note: The following contains spoilers for the “Ozark” Season 4 finale.

“Ozark” fans who have finished the fourth and final season of the Netflix series are no doubt still mourning the death of Ruth Langmore (Julia Garner), who was shot to death in the final moments of the show. What may make that pill even harder to swallow is learning that originally, Ruth survived the events of the series finale.

“When we first got to the writers room, she was going to be alive,” showrunner Chris Mundy told TheWrap during a recent interview about the Season 4 finale. As it turns out, Ruth’s fate for her changed when Netflix ordered an additional four episodes for the show’s final season, thus altering the 10-episode plan that Mundy and the writers had originally outlined.

“We had originally broken the end of 10 episodes, and we had the whole season broken and we’d even started writing it, then the order changed from 10 to 14,” Mundy said. “We knew it was going to be split up so that people were going to experience it where Episode 7 was going to end and Episode 8 was going to be a beginning again. So we kind of had to tear apart our whole season break and add a story that felt like it was part of what we were doing and not just tacked on. So some things morphed a little bit when that happened.”

The biggest change turned out to be when and how Season 4 antagonist Javi (Alfonso Herrera) died. In the 10-episode plan, his death happened at the end of the series and would have been “a thing where everything topples quickly at the end.” When Javi’s death was moved up to the halfway point, the role of his mother Camila (Verónica Falcón) expanded, and it became clear to Mundy and the writers that Ruth would not survive the final episode.

“It just kind of kept becoming clearer and clearer that that was the way the most truthful story laid out,” Mundy explained. “Then we kind of hated the fact that that was the most truthful story. We talked about versions of it where she was alive and had moved out of state and we found her halfway across the country and all sorts of things, but it was during the break of the final seven where we started to realize that the story we’ d been telling for 43 episodes really was pointing to that other end, and then there was a lot of impassioned arguing from everyone (laughs).”

In deciding Ruth’s fate, Mundy and the writers decided to follow the path that was most realistic.

“The argument kind of became do you do what’s right for the show or what’s the best outcome for the character, in a way? It’s almost like, what’s our responsibility? How much are we protecting them or how much are we just letting them be swept up into the world and this is what the world did? I mean, I know it’s all make-believe and we’re making it up, but it did kind of feel like that’s the momentum of what we created. The internal emotional logic of what we created sort of dictated that and you almost wish it didn’t.”

As soon as Ruth kills Javi, it feels like her fate is sealed. “It feels like a tragedy in that way,” Mundy said.

So how did Garner – who has won two Emmys for her performance as Ruth – take the news?

“I kind of walked her through the back four [episodes], because I didn’t want to just say it. And she kept saying, ‘Oh, that’s getting dark.’ I’m like, ‘Hold on. It gets worse.’ And then, at one point she stopped and she’s like, ‘Wait am I about to die?’ And I’m like, ‘Yeah…’ It was on the phone, I was in LA and she was in Atlanta, but we talked for like 45 minutes or an hour just about all of that and she was really, really great about it . But like, sad. She said to me, ‘I’m never gonna play this character again,’ and I’m like, ‘No.’ She’s so good. The reason we can talk about Ruth like she’s someone we know is entirely because Julia is so good, you know?”

So much for that Ruth Langmore spinoff, huh? 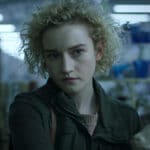