‘Prince of Tides’ Series in Development at Apple TV+ 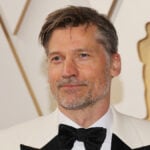 Apple is working on a “Prince of Tides” drama series, based on the best-selling 1986 novel by the late Pat Conroy, an individual with knowledge of project confirmed to TheWrap.

Barbra Streisand directed and starred in the 1991 film version in which Nick Nolte played Tom Wingo, a man who develops a relationship with his late sister’s therapist (Streisand) while coming to terms with his traumatic past. The film grossed $45 million on an estimated budget of $30 million and was nominated for seven Academy Awards including best picture, best actor for Nolte, and best adapted screenplay for Conroy and co-writer Becky Johnston.

Apple did not comment on the project, but according to a source close to production, the series is still in the early development stages.

He is repped by CAA and Lichter Grossman.