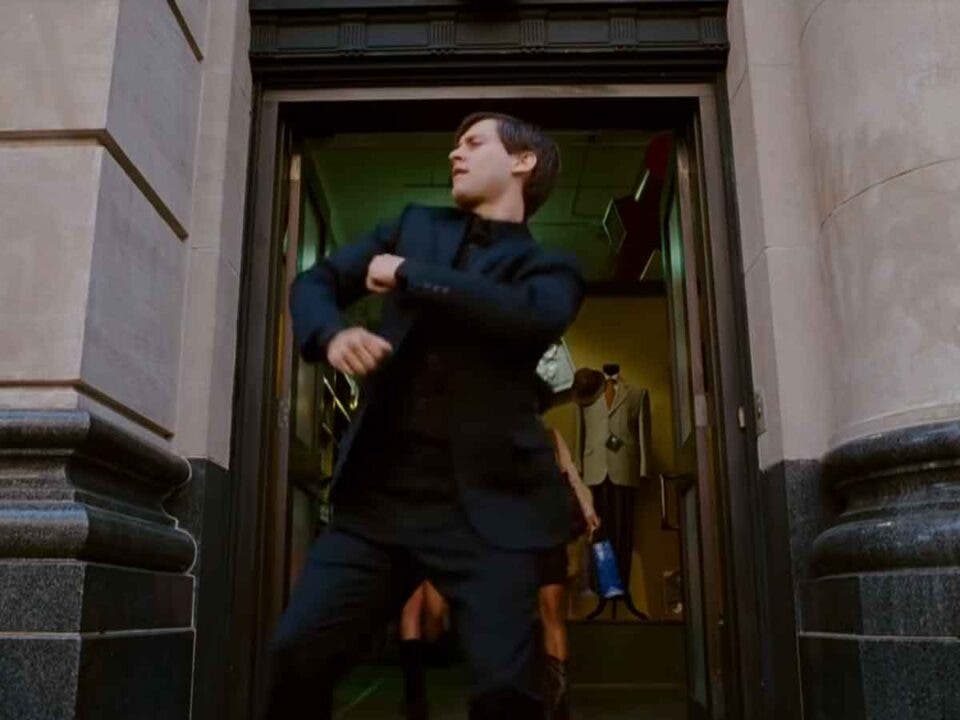 The 2007 Spider-Man 3 movie ended the Tobey Maguire saga and his dance scene will always be remembered.

There is a scene in the movie Spider-Man 3 where Tobey Maguire begins to dance through the streets of New York. The fans did not like this at all and even today they remember it as one of the worst moments of the adaptations of comic characters. Now, sam raimi has returned to the genre with Doctor Strange in the Multiverse of Madness and he wanted to explain why they shot that in the third installment of Spider-Man in 2007.

“Well, we wanted it to be fun, actually. It was Peter Parker’s version, this lame kid, of what it must be like to be his evil self. But he is so whipped. He is so out of his mind that that is his opinion. And that was not well received by the audience. But that’s what we were trying to do. So I’m not surprised that people don’t like it… I’m glad people find it funny! We wanted it to be fun.”

peter parker becomes evil under the influence of Venom and his black suit. That’s why she walks the streets dancing without caring about the effect she has on the citizens of New York and the spectators. Here we leave the scene:

Sam Raimi continues to answer questions from that movie.

Now that the director has returned to Marvel with Doctor Strange in the Multiverse of Madnessmany take the opportunity to know more details of why it failed Spider-Man 3 and if he would be willing to make the fourth installment. sam raimi has always commented that they imposed Venom as the main villain which caused a very long third act that slowed down the film. Luckily, it seems that he has learned from all that experience and has made a real movie with the sequel to Doctor Strange. Here we leave our review.