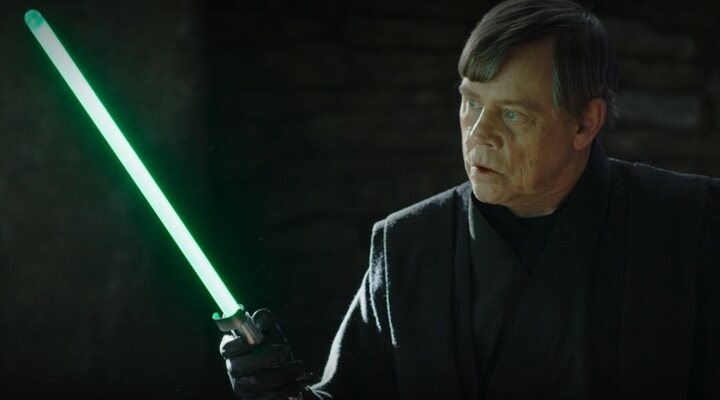 ‘Star Wars’ could not let May 4, its May the 4th, pass without celebrating the saga with its fans. Hence, Disney + has decided to start the day of this galactic saga premiering ‘Disney Gallery | ‘Star Wars: The Book of Boba Fett’, a special that reviews how the aforementioned series was created. Of course, the top managers of this television fiction, with Jon Favreau and Dave Filoni in the lead, give details about the entire trip starring the beloved bounty hunter played by Temuera Morrison, but in the end how it was done ends with special emphasis on the development of the CGI Luke.

We already knew many details in this regard thanks to what was already explained by the professionals at Industrial Light & Magic, a team that advanced the presence of Mark Hamill on the set. This star, who has embodied Luke Skywalker throughout the entire saga, was in charge of interpretively guiding Graham Hamilton, an actor on whom the rejuvenated face of the galactic veteran is superimposed. In other words, Hamill’s performance is mixed with that of Graham, a younger actor whose body serves as a reference; and on this the character is finished by means of a digital retouching.

“It is a process that is new for both of us”says Hamill in Disney Gallery. “We just tried to provide the directors with everything they needed. In this case it is about composing a performance between the twobut not only do the doubles contribute, but also the directors and what is in the script: everything comes together [para dar vida a este Luke] hence It is an experience with which you maintain a constant learning“. First it was shot with Hamill and then with Graham, but the owner of the character is still Hamillsomething that is underlined by the series team, who really enjoyed this process. “Mark and Graham really had to merge and become Luke, and Mark had to share all that knowledge that he has about what it means to be Luke. It was very special for everyone“Philoni says.

“The fact that Mark was there was key, because it filters how much he cares about this character [Luke Skywalker]. That’s what it feels like when you see him there and feel his excitement at Graham’s performance. [Hamilton] with a point of pride to see him bring to life a role of which he is a part”.

celebrate #MayThe4th Eve by soaking in these shots of Mark Hamill as Luke Skywalker in the set of The Book of Boba Fett. These images appear in the upcoming one hour Disney Gallery episode which premieres tomorrow on Disney+ pic.twitter.com/R9KL2Yb3GI

* “Celebrate the eve of May 4 diving into these images of Mark Hamill as Luke Skywalker on the set of ‘The Book of Boba Fett’. These photos are featured in the hour-long episode of The Disney Gallery premiering on Disney+.”.

Seeing Luke Skywalker guiding Grogu in the ways of the Force is one of the essential points of ‘The Book of Boba Fett’, series that explores this new relationship between master and apprentice which comes to us after a long Jedi tradition. “I always felt with Luke that he was another step on the path of Qui-Gon Jinn, even though I didn’t know him. Qui-Gon was the teacher of Obi-Wan and this of Luke, as well as of Anakin“Philoni says.

“So Obi-Wan teaches the father and the son, which I find very interesting, as much as Anakin being the teacher of Ahsoka (Rosario Dawson). That is why we considered it important that he share the scene with Luke, with whom he has a strange relationship because he was his father’s apprentice.“.

On the other hand Hamill highlights another curious point in this wheel of Jedi teachings, adding that “the symmetry of being trained by one member of that species and ending up teaching another was very satisfying. Luke has to shut down the sentimental side of him, and be as professional as possible to try to convey to his student the values ​​that he’s going to need if he’s going to be a Jedi Master.”.

* The next thing from our favorite galactic corner, Obi-Wan Kenobi premieres May 25 on Disney+.