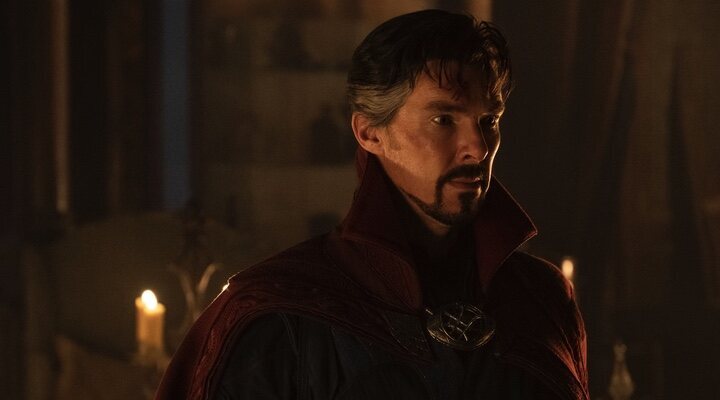 Sam Raimi’s return to the world of superheroes with ‘Doctor Strange in the multiverse of madness’ seems to have convinced the first critics, pointing it out as the strangest, rarest and most surprising of the entire saga. However, leaving aside the authorship of the director, the good special effects and Elizabeth Olsen stealing the film, it seems that on the emotional level the sequel to ‘Doctor Strange (Doctor Strange)’ is not entirely convincing.

“‘Doctor Strange in the Multiverse of Madness’ is unlike any other Marvel movie you’ve ever seen, definitely the most intense and terrifying“comments Christie Cronan of Raising Whasians. Comparisons with the last hit of the Marvel Cinematic Universe have not been long in coming either., which also comes from Strange himself. “There’s a lack of humanity – the heart and soul that works so well in Marvel when balanced with humor and spectacle – but it’s so much better than ‘Spider-Man’s shallow fan service. No Way Home'”points out Rodrigo Pérez, of The Playlist. Although there are opinions for everything, of course, as is the case of Ron Hunter, of Film School Rejectswhich holds that “‘No Way Home’ is still the best movie in the MCU”.

On whether the director’s authorship is noticeable in the film, Jake Cole, from Slant Magazinecomments that “No other MCU movie to date has showcased its director’s personality and artistry so thoroughly.“. Courtney Howard of Fresh Fictionfor his part, is clear: “the film has the author’s signature all over it”. The connotation of terror that always accompanies the filmography of Raimi, director of the saga ‘Infernal Possession’ and ‘Drag Me to Hell’ among others, seems to have made a dent in the film, to the point of “get as far away from Marvel’s ‘family friendly’ as possible“as Ian Sandwell says, of DigitalSpy. “As the plot progresses, the horror increases… leading to theThe most macabre final battle that could be expected from such a familiar blockbuster“explained Richard Trenholm, of CNET.

On a visual level, there seems to be unanimity. “Visually, the film takes everything to the next level”says Mae Abdulbaki, of ScreenRant. This is corroborated by Michelle Kisner of The Movie Sleuth:“‘Doctor Strange in the Multiverse of Madness’ star is Raimi’s gift to visual madness“. However, the new thing about the UCM does not seem to be without problems, and that is that the aforementioned Screen Rant has indicated that “no personal travel“ and that “on an emotional level, it leaves a lot to be desired“. Owen Gleiberman of Varietycomments that “it never settles down enough to locate its emotional core”.

As for the performances, critics continue to praise Benedict Cumberbatch’s work as Strange. This is the case of Pete Hammond, of dead line: “Cumberbatch has a great time in Strange’s various incarnations including fighting himself, something the actor unquestionably owns”. For Rohan Patel of ComicBookMovie.comit is “actor’s best performance as Strange to date“.

But what has undoubtedly received the best reviews is the long-awaited return of Elizabeth Olsen as Wanda after ‘Scarlet Witch and Vision’. “It should have been called ‘Scarlet Witch in the Multiverse of Madness’‘”has suggested Brittany Murphy of Muses of Mediawhile Hoai-Tras Bui, from slashfilmdeclares that “Olsen steals the movie with a tortured and grieving depiction of Wanda’s downward spiral.“. Finally, brief comments about America Chávez praise the work of Xochitl Gomez: “It would have been nice to see more of America Chavez. It was a little disappointing to see so little of her, but if the Young Avengers do come out ahead, Gomez could be a great signing.”commented Brittany Murphy of Muses of Media.

See also  Naruto: 5 Arrowverse Characters Who Would Make A Great Hokage (& 5 Who Wouldn't)

The premiere of ‘Doctor Strange in the multiverse of madness’ is imminent: next may 6. You can read our review here.