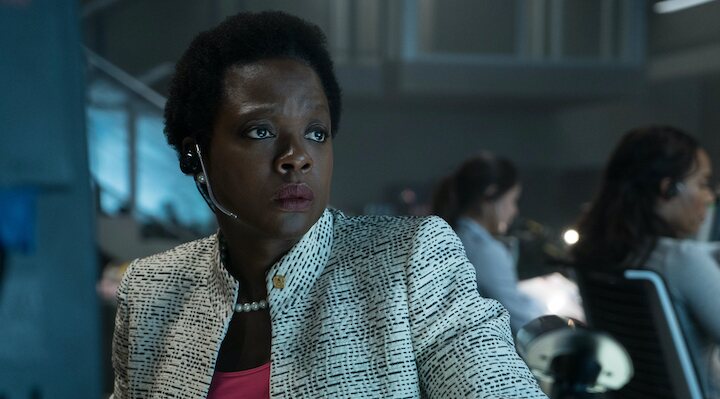 When it was announced that ‘The Suicide Squad’ would have a spin-off in the form of a series on HBO Max focused on the character of John Cena, few had faith in the project, but ‘The Peacemaker’ turned out to far exceed expectations and after its well received by the audience, it was renewed for a second season.

Since then, James Gunn, the architect behind the reboot of ‘Suicide Squad’ and the series on Christopher Smith, expressed his intention to continue expanding this irreverent and wild corner of the DC Universe with more series for HBO Max and We already know who will be the character that will star in her next spin-off: Amanda Waller.

According to Variety, the Oscar winner Viola Davis would be negotiating to return as the director of ARGUS, the perverse and amoral mind behind the Suicide Squad missions. Technically, the series would be a direct spin-off of ‘The Peacemaker’since its argument will start from the appearance of the character at the end of its first season, where [Aviso: spoiler del final de ‘El Pacificador’] Amanda’s daughter Adebayo (Danielle Brooks) publicly exposes her mother’s work with the Suicide Squad. [Fin del spoiler].

In addition to starring in it, Davis herself would participate as a producer of the series, even without a title. Cristal Henry (‘The Night Watchmen’) will be the screenwriter. James Gunn participates as executive producer with Peter Safran, produced by Warner Bros. Television.

And as we said, ‘The Peacemaker’ will return with a second installment. Despite initially being presented as a limited series, its surprise success in early 2022 led HBO Max to order a new batch of episodes. Gunn remains creatively invested in the project and in the second season he will write and direct all the episodes (in the first he directed five of eight). Of course, it is not yet known when we will see Chris Smith, Eagly and the rest of the gang in action again, nor if we will see the spin-off of the spin-off before or after.

See also  RHOD: All the reasons Kary Brittingham gets on fans' nerves