‘This Is Us’: Actor Jon Huertas says Miguel’s story was ‘overlooked by the audience’ 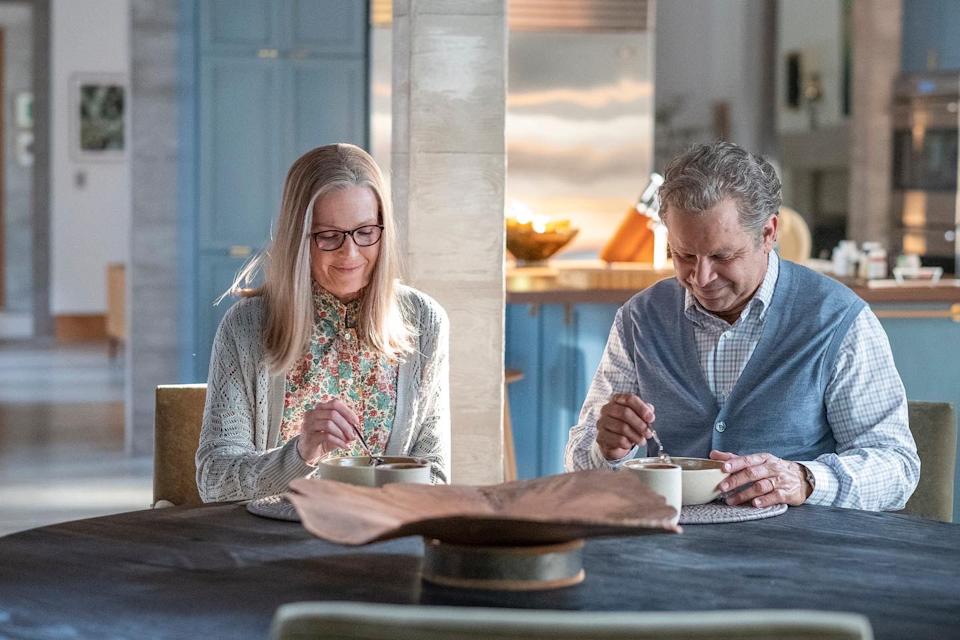 Fan theories flooding the internet about Miguel’s death in the final season of This Is Us have now been realized after Tuesday’s episode of the show, titled “Miguel,” focused around Jon Huertas’ character.

The episode starts with a young Miguel, in Puerto Rico, being told by his father that his family is moving to Pennsylvania, transitioning to us seeing him, as a child, having to adapt to his new life. Miguel’s father ends up with a landscaping job at a wealthy family’s home. One day, when Miguel is at work with his dad, he runs into use the bathroom but gets distracted by his favorite baseball player, Roberto Clemente, on the TV. That sparks a conversation with the homeowner and Miguel reveals that he would love to watch a baseball game, from any seat. The homeowner responds with, “are, where you sit is all that matters.”

Tuesday’s episode also gives us a closer look into the love story between Miguel and Rebecca, particularly one moment where he confesses that he never really felt at home anywhere, but he “only felt homesick when he left her on that porch,” to go to Houston.

In the future time frame, Miguel’s story is focused on taking care of Rebecca (Mandy Moore), who is battling Alzheimer’s. He wakes up every morning, prepares her pills, her breakfast, helps her with daily exercises, but doctors are telling him he needs to slow down, with fears of heart failure, ultimately teasing her death at the end of the episode.

Working with Mandy Moore on any scene is magical, she is such a generous, kind, gracious, scene partner, she gives everything to you whether she’s on camera or not. When we talked about what Rebecca is going through and what she needs from Miguel… she needs that connection to keep her in the world and that’s what Miguel is for her.Jon Huertas, ‘Miguel’ on ‘This Is Us’

“I took that to heart so much that even when Mandy and I weren’t filming, I personally as Jon would wonder where Mandy was, and want to be near her and around her… I would get up from my chair and go look for her, that’s exactly what Miguel and Rebecca are going through. they are [feeding] off one of one another…. I don’t know, if it was the other way around, that he would survive without Rebecca. Jon, the actor, would not have survived in this show without Mandy Moore.”

‘I would describe his journey as overlooked by the audience’

Through The Is Us, Miguel has certainly been one of the most controversial characters, with some fans connecting with the evolution of his love for Rebecca, and others initially not on board with him pursuing the widow of his best friend.

“I would describe his journey as overlooked by the audience,” Jon Huertas said. “If you go back in time, go back and watch some of the episodes, Miguel helped steer [Kevin and Randall] in situations where he was there for them, because Jack wasn’t.”

“When you think about when Randall was going to prom in high school and his date was a white girl, her dad rejected him and rejected the idea that she would be with someone of another colour, Miguel is living that life… So when Randall came home, Miguel was the first person that he saw and [Miguel] gave him a little pep talk. He gave several pep talks to Kevin, several pep talks to Jack.”

Huertas added that Miguel’s motivations have always been “from his heart.”

“As villainized as sometimes Miguel was made to be, he was actually there for the family from the get go,” he said. “Miguel is never seeking adoration from the audience, or people, when he does something from his heart about him.”

“That, to me, is true generosity or true love, true care, when you’re not looking for reward, you’re just doing it because you care, because you love them.”

The inclusion of Miguel in The Is Us certainly opened the door for more dynamic stories to be told about family, love and life.

In the most recent episode, for example, there is a poignant moment when Miguel has applied for a job at the Lundy construction company but he has sent two resumes, one with his real name and one using the name Mike Rivers. The interviewer and boss, Mr. Lundy, comes out to greet Mike Rivers, initially showing some shocked to see what “Mike Rivers” physically looks like, with Miguel eventually telling him, after getting the job, that he had in fact applied twice but Miguel never got a call for an interview.

“I know it used to happen a lot more but it still happens today and it’s great that our show can show that scene, so that it makes people think about not reading a book by its cover,” Huertas said. “We as a society have gotten used to a black and white world, this is what things should look like, this is what things should sound like, if they don’t look or sound like this, then it’s not right.”

“We have to start living a little bit more in the gray.”

Not goodbye, ‘see you later’

Looking back at his “emotional” last day of shooting, Huertas said he made sure he did not say goodbye, but rather, “see you later.”

“We’re family now so we will see each other because we will make sure that we do.” he said. “I said ‘see you later’ and I just remember that when I did that, I saw people smile and that’s the way I want to leave my time on the show, walking away from a lot of smiling faces, because they’re happy that we were able to end the show the way we wanted to.”

“I was working on Castle for eight years before this show and several of our crew members from that crew were on this crew, and so some of these faces I’ve been working with for 15 years…To have that kind of camaraderie and that history is so, so nice when you go onto the next project.”