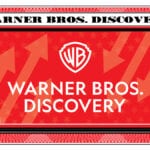 John Rogovin, EVP and general counsel for Warner Bros. Pictures and Warner Television, announced in an internal memo that he would be stepping down after 14 years at the studio amidst company-wide reorganizing in the wake of the Warner Bros. Discovery merger.

“As you might expect, there is a complete reorganization at the newly combined Company, including the legal operations, and I have decided that it’s time to move on to a new chapter after a truly fantastic run,” Rogovin wrote in the memo. “I have really loved my 14 years at Warner Bros. and it has been one of the all-time best jobs in the world for a lawyer.”

Rogovin also wrote that he is departing on amicable terms with the new Discovery leadership and will remain at Warner Bros. for the remainder of the merger transition period.

A graduate of Columbia University and the University of Virginia School of Law, Rogovin joined Warner Bros. in September 2008 having previously served as general counsel to the Federal Communications Commission for four years and as deputy assistant attorney general for the US Department of Justice in its civil division during the Clinton Administration.