Alex Pettyfer and Maria Bakalova to Star in Branded 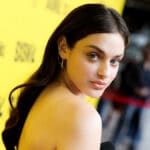 Alex Pettyfer, Maria Bakalova, Tom Hopper and Frank Grillo are set to star in a crime drama called “Branded” that is based on a David Grann article in The New Yorker about the story of organized crime within America’s prison system.

Kieron Hawkes (“Power”) will direct the film from a script by Alessandro Camon. HanWay Films has picked-up international sales rights and will commence sales at Cannes, while CAA Media Finance is representing US rights.

The film is currently in pre-production for a fall start date.

“Branded,” which is based on The New Yorker article “The Brand,” tells the origin story of organized crime gangs in America’s prison system. Pettyfer plays Taylor, an eleven promising football player, serving life for murdering a drug dealer. Grillo plays Carter, feared leader of the dominant white gang in San Quentin, who takes Taylor under his wing and grooms him as a future leader. The authorities’ attempt to break down the gang by dispersing members to other prisons only spreads its influence through the entire system, and eventually to the streets.

Taylor finds himself at the center of a growing empire, earning serious money and the ability to marry and support the love of his life, Lilly (Bakalova). When Lilly gets pregnant after a conjugal visit and the gang embarks on a course of escalating violence, Taylor is forced to question her choices and to make the hardest one. Has he got the mettle and courage to bring down the empire he helped build?

“Branded” is an Identity Media production in association with Dark Dreams Entertainment. It is produced by Anthony Mastromauro, Frank Grillo, and Alessandro Camon. Alex Pettyfer and Ash Avildsen serve as executive producers. 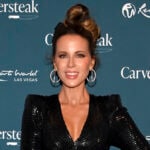 “I cannot think of a better partner than HanWay in getting behind this epic gangster story, chronicling the rise of prison gangs in the age of mass incarceration, and one man’s personal journey to hell and back,” Mastromauro said in a statement. “It’s an honor to bring another of David Grann’s compelling investigative stories to life. Starting with a fantastic script by Alessandro Camon, supported by the vision and passion of our director Kieron Hawkes. I couldn’t be more excited about this fantastic cast starting with the strength and vulnerability of Alex Pettyfer, the brilliance of Maria Bakalova, along with the presence of Tom Hopper and the raw and immense talent, of my partner, Frank Grillo. We believe we have all the ingredients to make a timeless piece of classic cinema.”

See also  Vin Diesel calls for truce with the Rock, says he 'must appear' in 'Fast & Furious 10'

“I couldn’t be more excited to bring Alessandro’s script to life with this great cast. I’ve been involved from the beginning and to see this finally come together, with Kieron Hawkes directing is a real dream come true for me,” Grillo says in a statement.

“This is a true crime story on a scale that is both rare and utterly compelling, with extraordinary characters that live in an intense world where both brawn and brains play their part in survival and success. It captures the building of an empire followed by its collapse at the hands of a man who found purpose and riches within the confines of incarceration,” HanWay Films MD Gabrielle Stewart added. 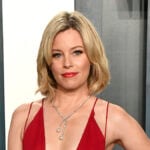