Amber Heard testifies in the trial against Johnny Depp: “This is horrible for me” 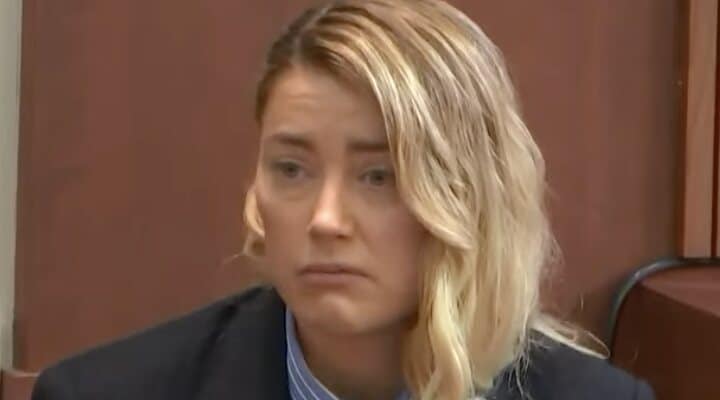 Fourteen days of trial later, It was Amber Heard’s turn to take the stand and testify in front of her ex-husband, Johnny Depp., in the defamation lawsuit filed by the ‘Pirates of the Caribbean’ actor. Depp testified for several days in which he discussed his marriage, his relationship with drugs, and the damage to his career that domestic violence allegations have done.

Amber Heard could not hold back her tears during her statement, in which Johnny Depp did not make eye contact with her at any time, and said about the trial: “I’m here because my ex-husband has sued me. I’m having a hard time finding the words to describe how painful this is. It’s horrible for me to sit here for weeks and relive it all. It’s the most painful and difficult thing I’ve ever been through for sure.” “. She recalled how she began her relationship with Depp at the ‘The Rum Diaries’ press tour after they hooked up on set thanks to the “dark literature and blues music”: “I felt that this man knew me and saw me in a way that no one else had. (…) I thought he was the love of my life, and he was. It was also something else, and that other thing was horrible“.

The actress talked about the first time Johnny Depp laid a hand on her. According to her, he asked her about the tattoo that reads “Wino Forever” by Winona Ryder, and she laughed, “I thought I was joking”. Depp, says Heard, hit him with a smackShe laughed again and he kept hitting her until he knocked her to the ground. He explains that from the beginning of the relationship she showed a jealous and possessive attitude, accusing him of infidelity and turning to violence when she defended herself by saying that it was not true. He adds that she was aware that “You can’t go back after that, I’m not stupid”but even though “I knew it was wrong and that I had to quit” He was not able. “I didn’t want to leave it”.

“Proceeded to explore my cavities”

One of the most disturbing testimonies takes us to a trailer park near Joshua Tree in 2013. Amber Heard says that Johnny Depp became violent with a woman who was very close to her, grabbing her wrist and yelling at her “Do you know how many kilos of pressure it takes to break a human wrist?”and adding that the situation worsened later when they were left alone and he accused her of hiding the cocaine from him: “He grabbed my boobs, touched my thighs. She ripped my underwear off and proceeded to explore my cavities“.

Amber Heard will continue her testimony on Thursday, and the trial will take a break next weekresuming the activity on May 16, due to a prior commitment from the judge handling the case.