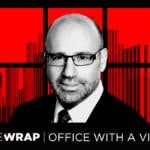 As many as 25 people have tested positive for COVID-19 after attending the streamer’s gathering at LA’s Sunset Towers. Are the parties over—again?

According to more than one guest who attended Disney+’s April 27 bash — a coming out of sorts for Ayo Davis, the streamer’s new head of branded content — the gathering was “a mad scene,” with some 350 mostly maskless content creators, agents and other revelers jammed inside Los Angeles’ Sunset Towers like a tin of exceptionally well-groomed sardines. Even the long line at the valet station was a social distancing nightmare, or at least a super-spreader event for road rage, gnarling traffic on Sunset to a crawl.

The hangover afterwards, however, was even worse. According to an individual with knowledge, as many as 25 partygoers tested positive for COVID-19 in the days following the event, including so many Disney+ employees that the company — which had begun returning workers to the LA office on Tuesdays and Thursdays — was forced to close shop and send everybody home.

Disney confirmed that some guests did indeed get COVID, although a spokesperson put the number at closer to a dozen — some of whom, the Disney rep suggests, may have contracted it at other gatherings — and disputes that its LA streaming office has been temporarily shuttered . Disney also noted that health and safety checkers were at the door of the Sunset Towers party, that everyone attending was required to show proof of vaccination before entering and that the company has had a vaccine mandate in place for all salaried employees since January.

But then that’s kind of the point: Even with all those safeguards, holding a large event these days clearly remains a perilous proposition. The consequences of super-spreading may not be as dire as they were earlier in the pandemic, before vaccines dramatically reduced mortality rates, at least for people with no comorbidities or immune deficiencies. But COVID-19 is still very much around, still isn’t a lot of fun to contract, and still loves nothing more than to mingle at big, crowded parties.

And not just Hollywood parties. At least five people contracted COVID at the White House Correspondents’ Dinner in Washington DC, on April 30, including ABC’s Jonathan Karl, who, as many media outlets noted with breathless, alarmed headlines, was seated right next to Kim Kardashian and her current flame Pete Davidson. So far, neither of them has publicly reported any symptoms. Neither, for that matter, has Peter Rice, chairman of Disney General Entertainment, who was also seated at Karl’s table.

A month before that, at the April 2 Gridiron dinner, also in Washington, an astonishing 72 people contracted the virus, including Attorney General Merrick Garland, New York Mayor Eric Adams, and California congressman Adam Schiff.

Then again, Cinemacon in Las Vegas, which ran from April 25 to 28, and packed Caesars Palace with some 3000 industry types, seemed to go off without a sniffle. So far, there have been no reported COVID-19 cases from that event. 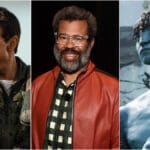 LA lifted nearly all its pandemic restrictions, including capacity limits on indoor events and mandatory indoor mask-wearing, on April 1, essentially returning the city to pre-COVID normalcy. But as the Sunset Towers party and these other COVID-spreading gatherings clearly indicate, we’re not anywhere near normal just yet. On the contrary, the most recent data points to a potentially harrowing couple of months on the horizon.

According to Los Angeles County’s public health department, COVID infections are up to a whopping 200% over just the last month, while LA also confirmed its first case of a new immunity-evading variant, BA.4, believed to cause reinfections in people who’ve already contracted the virus. Fortunately, this latest spike hasn’t yet been accompanied by a corresponding rise in hospitalizations or deaths. But those stats tend to lag behind infection rates, so nobody knows what we may be in for this summer.

“We’re in a better place, so we can remain hopeful,” Public Health Director Barbara Ferrer told the Board of Supervisors on Tuesday, while announcing these worrying new numbers. “But we shouldn’t lose all of our caution.”

In other words, party on, Hollywood, but at your own risk.