Doctor Strange 2 review: Let Sam Raimi take you on a romp through Madness 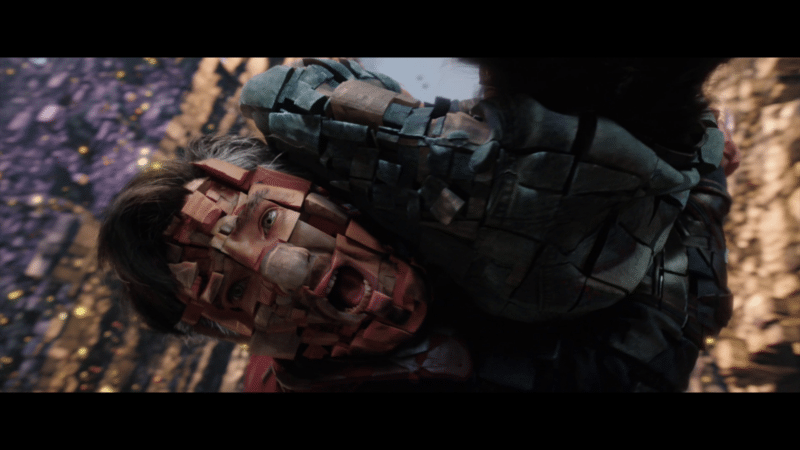 On paper, Doctor Strange in the Multiverse of Madness is a formulaic Marvel Studios superhero romp. Its plot beats read like sticky notes slapped onto an overpaid executive’s wall: A superhero arrives, seems all-powerful, then runs into an unstoppable foe. That strife turns the world upside down, and in resolving that change, the hero mends something in themselves to ultimately save the day, all while finding equal parts comedy and heart when the film’s world gets weird.

But a great film can succeed even while twisted around a formulaic plot, and it’s here that Doctor Strange in the Multiverse of Madness (launching tonight in the US as a theatrical exclusive) wins out. Even though it comes with the Marvel Studios pitfall of predictability, it also stands as a grand example of the company letting filmmakers be themselves—and shows how clever, visually arresting filmmaking can transform “formulaic” plot beats into a fascinating journey for multiple characters. (Plus, after so much alternate-universe wackiness in multiple spider-man films, this film surprises by finding refreshing uses of the concept.)

What better way to show how far the universe of Marvel films has come in the past two decades than to have Sam “is he seriously dancing“Raimi stretched out his weird filmmaking legs and regained his blockbuster-level comfort?

A mild warning about an icy opening gambit

To clarify: Doc Strange 2‘s Raimi-ness is more Evil Dead 2 than Spider-Man 3, even though it takes a while for the filmmaker’s signature pulpiness to emerge. By the end of the film, I surmised that Marvel Studios handed Raimi a checklist of requirements (prior-film plot retreads, MacGuffins) that he had to knock out before otherwise making the movie he wanted.

Now that I’ve seen the whole thing, I find myself laughing at how DS2 packs all of these Marvel Studios requirements into the film’s opening 24 minutes, freeing Raimi to go off for the rest of the production.

From here on out, this review includes minor plot spoilers but takes care to leave the film generally unspoiled.

Depending on your adherence to all things Marvel Studios, particularly WandaVision, DS2‘s opening gambit could chill you for the rest of its lean, two-hour runtime (or, at least, “lean” compared to some recent Marvel films). This film’s script opts for a horror-caliber explanation of why its “big bad” becomes obsessed with a single objective and puts countless other lives at risk to get it.

DS2 makes a bold decision to move that early plot point along as quickly as possible, instead of dragging out its character-specific sea change with WandaVision-like nuance—it’s a few minutes instead of a few TV episodes. It’s an unfortunate casualty to pave the way for a fun, dark, and generally enjoyable twist to usual Marvel Studios fare—and that’s ironic in a film whose characters, at one point, are asked whether to sacrifice a single person to save the universe.

When the film opens, Dr. Stephen Strange (Benedict Cumberbatch) emerges as the de facto post-end game superhero, poised to lap up the public adulation that Iron Man and OG Captain America can no longer claim. He immediately flexes these muscles in frantic, back-to-back action sequences, and each stands out from cookie-cutter Marvel Studios “everyone shooting lasers at each other” battles. Like him in his first film, these sequences toy with how Strange and his cohorts can reshape reality as they see fit, and Raimi’s camera lens is up to the task of balancing dizzying weirdness with grounded bombast and jokes.

After these shows of bravado, Strange is brought down a peg by the film’s central conflict, and this sends him on an epic journey with America Chavez (Xochitl Gomez, Netflix’s The Babysitters Club), a hero who debuted in Marvel Comics roughly a decade ago with multiverse-hopping powers. As the film’s title suggests, she factors heavily into where this film goes.

Rather than spoil what a multiverse looks like in Raimi’s hands, I’ll instead point to how DS2‘s reality-bending elements look and feel different, and arguably better, than DS1‘s reliance on perception-shattering weirdness. The CGI in DS2 is solid (with the exception of a few zoomed-out, video-gamey moments), but Raimi is more interested in portraying the film’s weirdness by tightly zooming into the traditionally cocky Strange’s face and watching him squirm inside of bizarre, new circumstances (and , when needed, employing a mix of CGI and prosthetics to take that tightly zoomed face to fantastic places).

After a stumbling start, DS2 pulls off the miracle of creating chemistry between the dissimilar characters of Strange and America. Raimi’s dedication to equal parts discomfort and wink-and-nod schlock creates platforms for each character to step onto and organically understand the other. I’d argue that it does so better than DS1 did with Strange and Christine Palmer (Rachel McAdams, who returns and steals as many scenes this time, as well).

By the time Raimi steers this film toward his most comfortable genre conventions of macabre comedy, DS2 goes to some hilariously dark places, often aided by the disposability of multiverse-related gags. What, for example, does death mean when a multiverse jump may or may not be one superpower away—and is a multiverse-related calamity somehow worse than death? raimi flavors DS2‘s uneasy answers to such questions, and he masterfully weaves cameos and sight gags that heighten the film’s absurdity, instead of them landing like thin tricks that lose their power once they’re spoiled.

And if you want to serve a kid or family member a PG-13 introduction to the darkest corners of ’80s horror wackiness, look no further. DS2 is a fantastic option to open a teenaged filmgoer’s eyes and set them up for eventual midnight marathons of the early works of Peter Jackson, Frank Henenlotter, et al. Unsurprisingly, then, DS2‘s unflinching view of some truly dark moments might be a tough recommendation for viewers under the age of 10, even if they’re technically MPAA-approved.

Raimi and co. exceed a lot of post-end game Marvel films in terms of visuals, snappy one-liners, and arresting plot momentum, but they don’t necessarily exceed other films’ character development or across-the-board chemistry. Strange and his frequent accomplice Wong (Benedict Wong) struggle to establish interesting repartee, while Wanda Maximoff (Elizabeth Olsen), despite doing a great job alternating between a superpowered phenom and a vulnerable human, isn’t given slack in the script to connect to other characters.

But as I’ve already hinted, everything this film leaves off the table is in service of nailing a consistent, confident sense of filmmaking purpose, and it could be the most watchable Raimi film. What’s more, it works as a neatly sealed, self-contained story of both world-saving stakes and intimate character growth, all while allowing a filmmaker’s vision to be heeded more than the demands of the MCU narrative.

Which is to say: for MCU completists, this is a disposable film, able to exist without seeing the films that come before or after it, yet somehow feels like an indispensable example of the MCU tentpole done correctly.