Doctor Strange In The Multiverse Of Madness Movie Review: Elizabeth Olsen’s ‘Wanda’ Rules The Shaky Sequel Which Was Supposed To Be Benedict Cumberbatch’s Celebration! 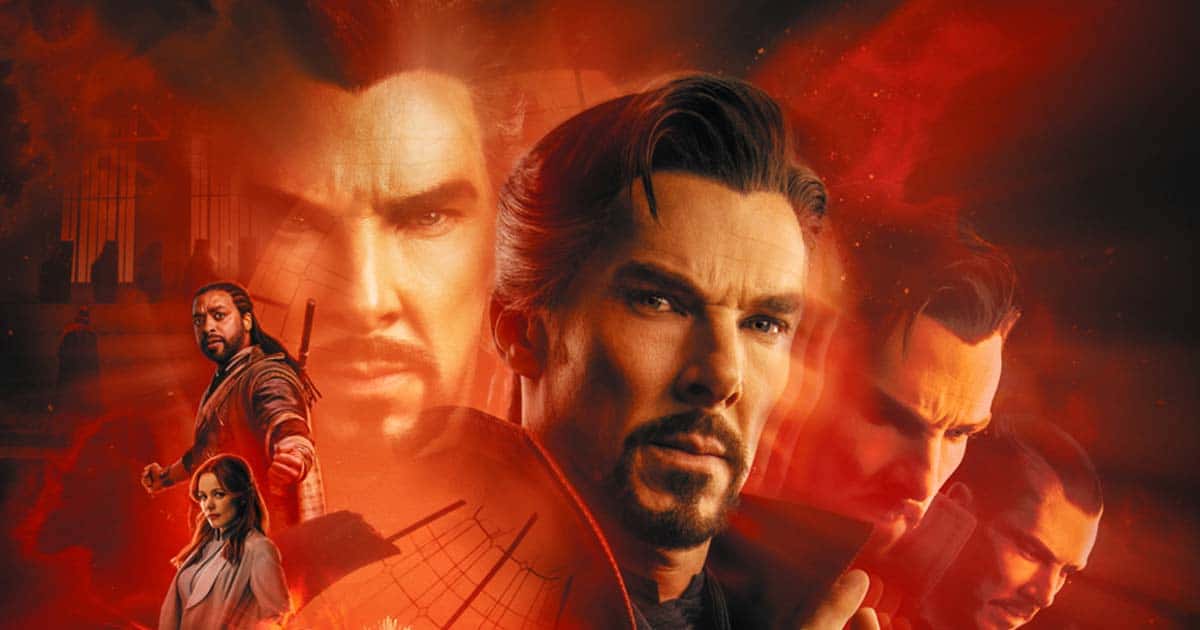 Doctor Strange In The Multiverse Of Madness Movie Review Rating:

What’s Good: Elizabeth Olsen, the most underrated actor on the board continues to make us feel her pain, while Benedict Cumberbatch does all he can to save the world with conviction.

What’s Bad: That urge to make the runtime crisper and the visible convenient routes that were taken to do it.

Loo Break: The runtime is short plus the multiverse is too complex to be understood if you miss a good chunk of time taking the call. Even I held it this time. Ask my friends of you don’t believe.

Watch or Not?: The MCU is knitted in so complex threads that you can’t really watch a film that is made in the timeline. It could be mediocre, but you still have to. Where you watch it is in your hands, and you can give the big screen a shot for this one.

Available On: In Theaters Near You!

So Doctor Strange aka Stephen Strange is back after the Avengers rewind the blip in Endgame. He is more lonely and in sync with his powers from him and continues to save Earth from alien elements. One fine day a girl falls from the sky and has powers to transmit herself and people to different universes. But the Witch wants her and the game to save the girl begins.

You are reading a review written by a person whose most favorite Marvel character has been Wanda Maxmioff who’s now Scarlet Witch, from the beginning. Doctor Strange In The Multiverse Of Madness, while being centered around Stephen Strange and his chronicles of him to save the day, is actually an account of what Wanda did after she flew off Westview post defeating Agatha Harkness.

Stephen is now old. His beard is a full goat and he flaunts his greys. Christine is married and she says “we weren’t meant to be” in the first 10 minutes. So here is an emotionally broken men finding his purpose. In the script written by Michael Waldron who adapts Stan Lee and Steve Ditko’s work, he finds his purpose in the next five minutes. CONVENIENT. And that is what the entire film becomes about, convenience.

Of course the writing does offer a lot to dig our teeth deep into. The multiverse as a concept in itself is new and unexplored, but it is also not as an attention holder as time travel as of yet. America Chavez is a new character and what she is capable of entirely is a mystery. Add to this Elizabeth Olsen’s achingly beautiful Scarlet Witch and there is a lot to shape a good film.

Wanda since Vision’s death is finding a hook to put her life on. She created a family in WandaVision and realized becoming a mother gives her a purpose. So now she is fighting to become the only thing she wants to and that is being a mom. The character is arched so beautifully, that the strongest woman in the world is lonely and dreams of having a family. She has to fight the world and even accept the world calling her a villain. But what matters is the warmth of her kids.

The emotional hook the whole time is in Scarlet Witch’s kitty. But wasn’t the film supposed to be about Doctor Strange? Well, he continues to make fire circles and be witty to his brilliant potential from him. As for this storyline the makers fail to decide where his emotional depth lies. Whether in his broken relationship he or the purpose he self assigned himself to? He keeps shifting universes and teaching us the multiverse, without creating an effect.

So much could have been done in the emotional department with three characters who are broken and separated from their loved ones through tragedies. Yes, I included America Chavez’s separation of her from her mothers of her too. But Sam Raimi and the writers are focused on running.

See also  Analysis of the Goya 2022: Nominated for Best Actor and Supporting Actress

Also, this is the film where Marvel mixes the timelines of its shows from Disney+ and movies entirely. The road ahead is risky but I can see some good outcomes already.

Benedict Cumberbatch is an employee who knows his job pretty well. The actor continues to have his standard wit even with the grays and is good at playing a double role convincingly. The fact that he manages to bring the pain of him excepting the tragedies of his life is so good.

Elizabeth Olsen has to be the most expressive actor in the MCU. Her pain from her is evident in her gaze from her, even when she talks destruction choosing to be the villain. The actor is so good when she has to be emotional and hold the devil attitude in the same scene. Olsen has one of the best storylines and the depth of the character is enough to make you emotionally invest completely.

Benedict Wong has a new found pride and he deserves to have it because he is the Sorcerer Supreme. Oops, did I give out a spoiler? Chill you knew it already.

Xochitl Gomez is so raw and unhinged by the madness around her. The actor is pretty confident and you can see it when she even outdoes Cumberbatch in a scene (in a good way). Everytime someone is confused about Spider-Man and whether he shoots web out of his beautiful de él as *, you cannot hold your laughter, and Gomez has a quirky way of saying it.

Rachel McAdams plays a bit different version of Christine like everyone does and does a good job.

Back to direction after 9 years, Sam Raimi does create an environment of fear and brings his USP style of creating magic from the moments least expected. In one scene Doctor Strange literally uses musical notes as weapons to defeat his enemy (won’t reveal who). A scene handled so delicately and Danny Elfman’s bone-chilling music takes it to the next level.

But the filmmaker kills the impact of the movie while he tries to be smart by reducing the runtime. Of course the viewers are in sync with the world and there needs to be no base set up. But that doesn’t mean the movie will take all the convenient routes and the characters will be at the right place at the right time. Plus giving Doctor Strange a backseat in his own movie, while Wanda rules the show ends up diluting the effort of giving this character an entire spin-off.

The set design is fresh and Marvel level good. Especially Kamar Taaj, which was until now the most peaceful place is now a fortress and it turns into one visually. And in a universe, New York has buildings with flowers growing all over them and pizzas are sold in food ball version. It all looks good. Chavez’s powers are newly introduced and I like how they look great since the very beginning.

Doctor Strange In The Multiverse Of Madness Movie Review: The Last Word

Doctor Strange In The Multiverse Of Madness while being an entirely different product from what expected, is entertaining but also hints mediocrity in parts. You anyways will have to watch it, but don’t go in with too much hope. But yeah be prepared to cheer louder when the Marvel veterans arrive.

Doctor Strange In The Multiverse Of Madness Trailer

Doctor Strange In The Multiverse Of Madness releases on 05th May, 2022.

Share with us your experience of watching Doctor Strange In The Multiverse Of Madness.