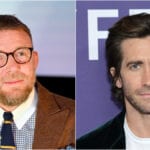 Guy Ritchie, the director behind “Snatch,” “Lock, Stock and Two Smoking Barrels,” the “Sherlock Holmes” films and “Aladdin,” has signed with WME after previously being at CAA. The agency will work with the director across all areas.

Most recently, Ritchie finished production on an action-thriller starring Jake Gyllenhaal, which is still untitled and was sold from STX to now land at Amazon/MGM.

Previously he wrote, directed and executive produced STX’s “Operation Fortune: Ruse de guerre,” which is set for release later this year. And his most recent film by him was MGM and Miramax’s “Wrath of Man,” which released last year and made $103 million worldwide. Some of his other films by him include “King Arthur: Legend of the Sword” and “The Man From UNCLE”

On the TV side, Netflix is ​​in negotiations to greenlight a series adaptation of Ritchie’s 2020 film “The Gentlemen.” Ritchie co-wrote the pilot script, will direct the first two episodes and serve as an executive producer on the series.

In the brand space, Ritchie has earned numerous awards for his directorial and writing work for companies like BMW, H&M and Nike, for which he won a Gold Lion at the Cannes International Advertising Festival.

Ritchie continues to be represented by attorney Matthew Saver.