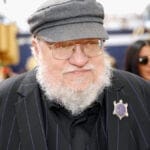 HBO dropped the first “House of The Dragon” teaser trailer and character posters on Thursday.

The teaser trailer, which you can watch above, shows life in the “Game of Thrones” world when the Targaryens ruled, about 200 years before the events of the HBO series that ran for eight seasons.

The footage (which yes, does feature a dragon or two) shows heads of the Stark, Baratheon and House Velaryon families pledging fealty to Targaryen King Viserys and his heir, Princess Rhaenyra. And the princess gets a warning about the battle of the sexes as Rhaenys tells her “Men would sooner put the realm to torch than see a woman ascend the Iron Throne.”

It also hints at plenty of conflict and even bloodshed, with one of the characters remarking as the trailer closes, “History does not remember blood, it remembers names.”

The “Game of Thrones” prequel series debuts Sunday, August 21 on HBO and will stream on HBO Max.

The series is based on George RR Martin’s “Fire & Blood,” and is set 200 years before the events of “Game of Thrones” as it tells the story of House Targaryen. 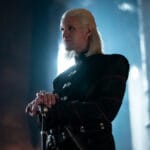 Author George RR Martin is co-creator and executive producer. Ryan Condol is co-creator, EP, co-showrunner and a writer. Miguel Sapochnik, who directed “Game of Thrones” is co-showrunner, EP and director. Sarah Hess is an EP and writer. Other EPs include Jocelyn Diaz, Vince Gerardis and Ron Schmidt. The series is directed by Clare Kilner and Geeta V. Patel. Greg Yaitanes is a director and co-EP.