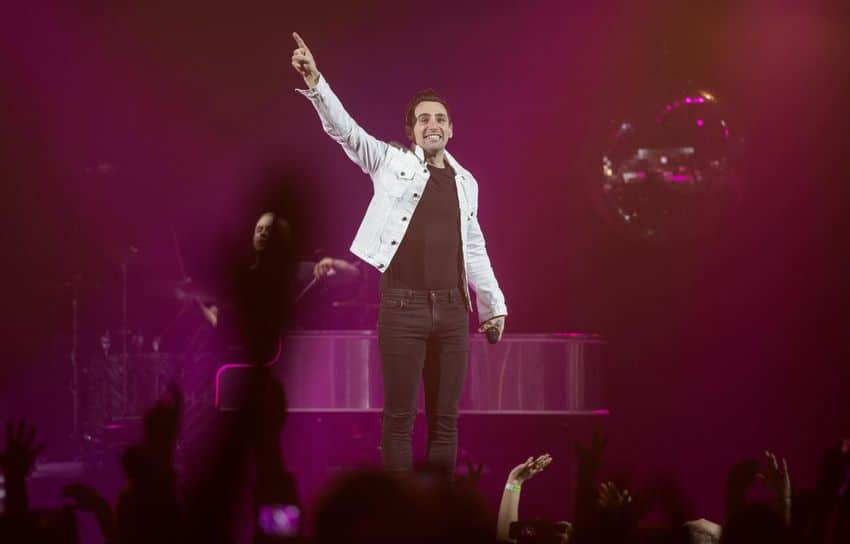 Canadian pop-rock singer Jacob Hoggard repeatedly and violently raped a 16-year-old fan and a young woman in the fall of 2016, Crown prosecutor Kelly Slate said Thursday in an opening address outlining the evidence a Toronto jury is expected to hear at the singer’s high-profile trial.

Hoggard, 37, has pleaded not guilty to three charges: sexual touching of a person under the age of 16 and two counts of sexual assault causing bodily harm.

The identities of the two complainants are covered by a publication ban available to sexual assault complainants.

The first complainant who will testify was a huge fan of the Canadian pop-rock band Hedley from the time she was 10 — first meeting lead singer Jacob Hoggard after a concert with her parents when she was 13, Slate said the complainant will tell the jury .

Her parents exchanged numbers with Hoggard and he arranged for them to get tickets and backstage passes at future concerts. When the girl was 15 she copied the number and began communicating with Hoggard, Slate said. He flirted with her, told her she was beautiful and that they had a future together, Slate said. The messages were “romantic and sexual” in nature, Slate said.

In April 2016, Hoggard arranged for the girl and two friends to attend a concert at the Air Canada Center — now the Scotiabank arena. While backstage, Hoggard tried to kiss her on her neck and grabbed her bum while taking photos, Slate said. It was the first time the girl had attended a Hedley concert without her parents, Slate said.

They began making plans to meet what the girl thought was going to be a day out in Toronto — a fan day, Slate said. And while she thought Hoggard might try something sexual, she thought he’d respect her wishes from her, Slate said.

In the fall of 2016 when the girl was 16 years old and had a PA day at school, Hoggard sent a car to bring her to his hotel room near the airport in Mississauga where he violently and repeatedly raped her, Slate said.

“It was not what she anticipated or wanted. She was crying and she said no,” Slate said.

Over several hours, Hoggard slapped her, spit in her mouth, called her names and pushed her face into pillows she couldn’t breathe, Slate said. Finally, the girl pretended to get a call from work and said she was being called in. Hoggard arranged for the car to take her back earlier than expected, Slate said.

Slate said the jury is expected to hear from friends of the girl, one of whom will say she saw blood on the girl’s underwear when she returned, and the limo driver who said the girl was behaving differently on the way back.

The second complainant will testify that she met Hoggard in the fall of 2016, Slate said. He was performing at We Day in Ottawa and invited her backstage, which she declined at the time. They continued communicating and her de ella invited her to Toronto when the band was performing at the Jingle Ball. The young woman expected they would have sex but she did not consent to what took place in Hoggard’s hotel room, Slate said.

Slate said the woman will testify that he has pushed her onto bed and raped her vaginally, anally and orally. He also slapped her, spit in her mouth, choked her so she could n’t breathe and dragged her to the bathroom by her legs, Slate said she will testify. The woman was crying throughout and said no, Slate said.

Friends of the woman will testify that she was upset and emotional when she got home and one will describe seeing bruises on the woman’s legs and that she had trouble walking.

Both complainants went to the police in 2018, after which Hoggard was charged. The second complainant gave an interview to CBC anonymously prior to speaking with police.

None of the allegations have been proven in court.