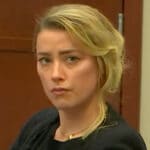 If it seems the Johnny Depp defamation case against ex-wife Amber Heard is taking longer than it should, send your objection to the objectors.

And it doesn’t have to be that way.

“I think the judge has tremendous judicial temperament, but I strongly disagree, respectfully, with a lot of her rulings,” Law & Crime analysts Gene Rossi said during a Thursday lunch-break livestream of the trial, which you can watch here (and rewind to see his comments).

“If you’re quoting someone outside of the courtroom, that’s hearsay,” he said, even if it’s yourself. “So I’m on the witness stand, and I’m (quoting myself) saying something to (someone) outside the courtroom, that is technically hearsay.”

“In my 30 years of practicing law, 99% of the judges did not care if I’m quoting myself outside the courtroom, because I’m there to be cross-examined!”

The judge is Penney AzcarateChief Justice of the 19th Circuit in Virginia, where she has served since 2015. The Honorable Justice and former Marine, who graduated from Old Dominion and George Mason University School of Law, is eminently experienced, but by no one’s definition “old” – she just has an old-school strike zone for hearing say objections.

“This judge is a purist,” Rossi said. “She is sustaining that objection because academically, technically, it is hearsay. But practically … judges allow it.”

Judge Azcarate sustained hearsay objections multiple times on Thursday alone, reminding Heard during her testimony not to “say what you said,” but to stick only to things she heard Depp (who is in the courtroom, making it OK) say to her.

Messages sent to the Circuit Court in Fairfax were not immediately returned Thursday.