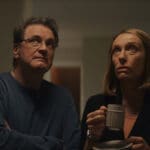 Lifetime is going to explore the disappearance and murder of 22-year-old Gabby Petito in an upcoming scripted film.

“The Gabby Petito Story,” the projects working title, is set to explore Gabby and her fiancé Brian Laundrie’s complicated relationship and what may have gone wrong during their cross-country trip that resulted in her tragic murder.

Thora Birch will make her directorial debut for the film. She will also star as Petito’s mom, Nichole Schmidt.

Production will begin this summer in Utah, and the film will premiere later this year — as the anniversary of Petito’s death approaches.

Petito disappeared last August. A few weeks later, her body was found in Grand Teton National Park in Wyoming. Her death by her was ruled a homicide by strangulation. Laundrie quickly became a person of interest in the case before vanishing himself. He was found dead in Florida from a self-inflicted gunshot wound in October.

This marks one of the first scripted projects about the circumstances, though there have already been several documentaries released.

“The Gabby Petito Story” is part of Lifetime’s Stop Violence Against Women public affairs initiative. The initiative aims to shine a light on unheard voices and victims, according to the network. Lifetime said it will also create a new PSA to debut as part of the movie’s roll out to reflect on the important work of the network’s coalition of partners to provide resources for women.

There are several other films in the works at the network about victims who may not have received nearly as much media attention as Petito, including Carlesha Freeland-Gaither, Adriane Fields and Beatrice Weston.