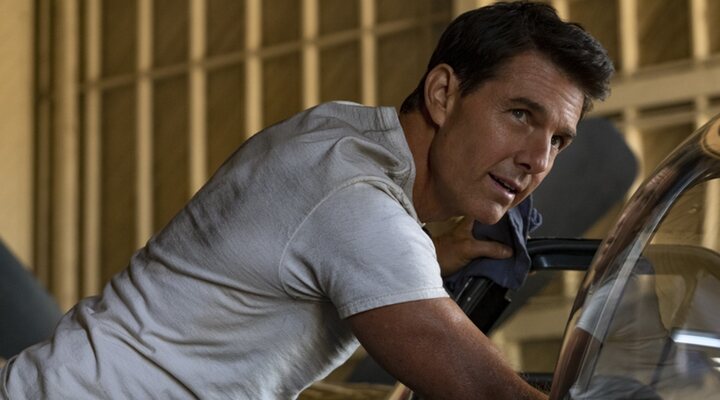 ‘Top Gun: Maverick’ star Tom Cruise He appeared at the premiere of the film piloting and landing a helicopter, but not before showing off a bit and showing his great handling and aerial skills. Cruise, who is known for doing a large portion of his action scenes without using a stunt double, designed the training the film’s other cast members would undergo to learn how to fly a jet and prepare for filming.

A shoot that was undoubtedly complex, long and, above all, intense. The director of the film himself, Joseph Kosinski, admitted that they had recorded “up to 800 hours of material” and that “in a day of 12 or 14 hours of recording, we could get 30 seconds of good material”. Besides, the actors had to learn to handle the cameras, the light and the framing of the image to shoot inside the cabin of the aircraft, since there was only room for one person.

Tom Cruise landed the helicopter to later greet and thank the fans. Shortly after he had a brief interview with Deadline (via Yahoo!Movies) about the film and about what prompted them to carry out the project after so long, considering that its first director, Tony Scott, passed away before they could start organizing the sequel to ‘Top Gun. Idols of the air’. “It was a now or never situation”Cruise comments. “We were thinking about how to tell the story… I’ve been thinking about it and trying to figure it out. I thought if we were going to do it, we had to do it now.”

The actor He also talked about his co-stars. “Those guys are amazing… They are a very talented group”, it states. Cruise will return to play Pete “Maverick” Mitchell alongside names like Miles Teller, Jennifer Connelly, Val Kilmer, Glen Powell, Jon Hamm and Monica Barbaro.

powell too He spoke about the importance of Cruise on the set and was not shy when it came to praising the Hollywood celebrity. “He’s Maverick in real life, he’s as cool as he looks”, says the actor. “He’s the first to show up on set and the last to leave. He works every day and harder than anyone else.”