Weekend Box Office Forecast: Will Marvel Studios’ Doctor Strange in the Multiverse of Madness Usher in Summer with a $200M Bow? – Box Office 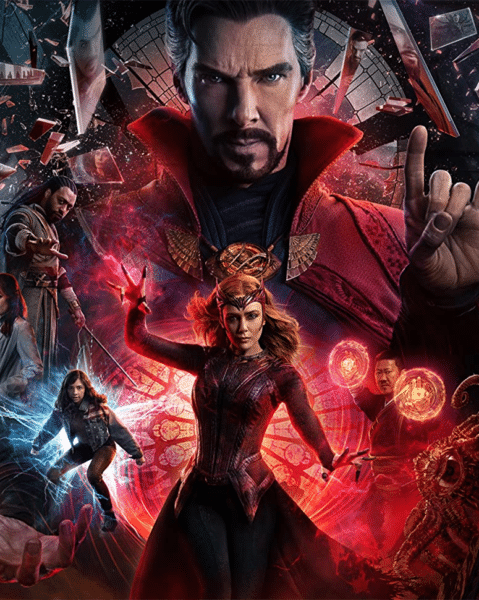 It’s been three years since summer movie season began on schedule, but it’s finally happening again with the imminent release of Marvel Studios’ Doctor Strange in the Multiverse of Madness.

After two years crippled by the pandemic in 2020 and 2021, the box office is looking to be back to its old May ways with a highly anticipated Marvel movie opening the lucrative four-month window at the heart of every year’s movie calendar.

Multiverse of Madness has long been tracking for a debut over $165 million, with incremental shifts upward in recent weeks as buzz and pre-sales have impressed to the point of increasing the chances for what could become just the second May release in history to eclipse the $200 million threshold . The only other time it’s happened? 2012’s avengers, when it set a then-all-time record with $207.4 million—a milestone perhaps fittingly celebrating its 10th anniversary this weekend.

Globally, the film opens in all material markets this weekend with the exceptions of China, Russia, Ukraine, and some parts of the Middle East. Conservative industry expectations point to a $250 million international ($300 million global weekend bow), but the film is very likely to far exceed those marks.

Initial opening day figures out of eastern Asia are very encouraging, and with the mostly unified theatrical launch combined with Marvel’s global prowess, a worldwide weekend opening close to $450 million or more looks achievable based on current models.

Back on the domestic front, Multiverse‘s last missing piece of the tracking puzzle was to get an idea of ​​how the film would play with critics and audiences. From 170 reviews so far, the tentpole is sitting at a respectable 79% on Rotten Tomatoes.

At first glance, that’s not quite at the heights Marvel has reached before with numerous 85 percent-plus marks, but it’s still well within the acceptable range to expect a crowd-pleaser. That may be especially true given the film’s horror elements, a genre that often doesn’t fair as well with reviewers as it does with broader audiences.

That factor remains one to watch for this weekend, though, as it’s the first time the Marvel Cinematic Universe has delved into the genre. Director Sam Raimi’s return to both the horror and comic book realms expectedly has enthusiastic fans of different backgrounds. Raimi previously became the first director to helm films opening over $100 million (2002’s spider-man) and $150 million (2007’s Spider-Man 3).

With the storytelling tonal shift in mind, Marvel’s typical family audience may not be as much of a force for this film as it was for something like Spider-Man: No Way Home beyond opening shows due to a more mature nature. Staying power should be decent enough with minimal competition until Memorial Day weekend (stranger‘s fourth of domestic play), but a front-loaded multiplier along the lines of Captain America: Civil War (2.28x) seems plausible unless family play ends up stronger than expected. Guardians of the Galaxy Vol. 2‘s 2.66x is probably the best case scenario.

What also has to be considered is the spillover goodwill Cumberbatch and Strange have after pivotal supporting roles in three of the biggest movies ever (Spider-Man: No Way Home, Avengers: Endgameand Avengers: Infinity War). The story arc of the MCU has centralized the character in a way like no other at the moment, with No Way Home itself essentially serving as a lead-in to this Master of the Mystic Arts sequel.

This weekend also hosts Mother’s Day on Sunday, which is often either kind to or essentially null for Marvel films in terms of impacting weekend grosses. Given the popularity of Benedict Cumberbatch—who is the de facto leading man of the MCU right now following the Robert Downey, Jr. era—and Elizabeth Olsen’s co-starring presence after the immense success of Disney+’s WandaVisionwomen of various ages may turn out for this film in slightly higher shares than past male-, action-driven episodes of the sprawling franchise.

The weekend breakdown will have some natural volatility due to the aforementioned factors, but as of Wednesday the film is modeling for a Thursday domestic debut between $35 million and $40 million (shows begin at 3pm).

Aiding the film’s obvious Marvel selling points is a short runtime (by recent standards) at two hours and six minutes.

Per Showtimes Dashboard, the film was booked for over 215,000 domestic showtimes at 3,585 locations as of Wednesday afternoon. By comparison, Spider-Man: No Way Home was booked for 211,087 screenings at a final sample size of 3,691 locations during its opening weekend.

*All forecasts are subject to revision before the first confirmation of Thursday previews or Friday estimates from studios or official sources.

Theater counts are updated as confirmed by studios. The above table does not necessarily represent the top ten as some studies do not finalize weekend location counts and/or an attempt to report box office returns prior to publishing.