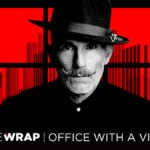 Office With a View: The media company’s vice chairman, Neal Sabin, discusses how nostalgia TV grew during the pandemic

“They grew up with cable, and it’s like how can something like this be free?” Sabin explained. “And then you just have to roll your eyes and say, ‘Let me tell you how things started. Let me tell you what everybody had until cable came along. They had free television with an antenna and you paid for it by watching commercials.’ So that’s what we’re back to.”

For years, consumers have been ditching the cable model in favor of cheaper options, and media companies have had to adjust accordingly. For Weigel Broadcasting, the return-to-antenna trend complements its core business.

Weigel Broadcasting is a family-owned, Chicago-based media company operating for more than five decades. Today, it’s leading over-the-air programming with networks like MeTV, which airs classic shows like “Gunsmoke” and “Happy Days” and “The Jetsons” for nostalgic viewers (and those discovering them for the first time). According to Nielsen, MeTV is the No. 1 multicast network, serving about 98% of the country. In a given week, MeTV lures about 23 million total viewers, with around 94% viewing shows live among the key cable demographics of 25-to 54-year-olds.

“The pandemic, because everyone was home and using their devices and all, really accelerated the streaming phenomenon and probably accelerated some cord cutting [with many people] looking at other options,” Sabin said. “But it also accelerated the over-the-air antenna business. And it made nostalgia TV, which we have several networks that travel in that lane, popular.”

Below, Sabin discusses the unexpected variety and quality over-the-antenna programming offers, the resurgence of nostalgia TV, and why cord-cutters are needing to complement their streaming services. 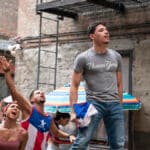 Why do you think there continues to be such a massive shift toward antennas and over-the-air programming over pay-TV services?
Part of it is the whole cord cutting, going to services that are offered, whether they’re streaming services that are on demand or fast channel services — we know that it is growing at the expense of some of the cable and satellite opportunities out there. And what people are discovering is that having a companion to your digital services, that happens to be an antenna in most places, will give you not only dozens of new and free over-the-air television stations locally, it’ll also give you some of the best video quality you’ve ever seen because the HD signals at local stations aren’t being compressed by cable or satellite. So when you watch sports or local news, you’re going to see some really good looking quality. Then, the digital sub channels that they have on their signals, you will get a huge variety of programming from various sources, some of which can be seen on cable or satellite [while] other things are not carried there. And it’s a great package together with any streaming services.

But beyond live sports and local news, there’s a ton to access. Including MeTV, right?
You get your local network affiliates and the local news programming, which is critical when you give up your cable or satellite. A lot of people (who cut the cord) don’t realize that they’re giving up their local stations, and whether they want to watch “Jeopardy!” and “Wheel of Fortune” or they want to see “CSI” or whatever the first night that it’s on, you need an antenna for that.

You can subscribe to a service like YouTube TV or Hulu Live, but that doesn’t guarantee that all of your local programming is going to be there. On top of your local stations, you’re going to get what are called digital sub channels, which there are several dozen [on] various networks. Some of them are niche networks, some are more broad entertainment networks, there are news networks, there’s African American programming, there’s Hispanic programming, there’s old movies, there’s old TV shows, and there’s comedy networks. So there’s just a renaissance of the libraries from many of the studios that are now playing for free on these digital sub channels. Our network is the biggest of all of them, and we really don’t even consider it a digital sub channel anymore, because in most major cities MeTV is on a primary channel like in New York, Los Angeles, Chicago and Philly. 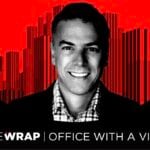 What has prompted MeTV to excel like that?
Two factors: One is the fact that we are so well distributed. We’re in about 98% of the country now, on very strong television stations and as I said, many primary facilities.

But also in this chaotic crazy COVID world, the nostalgia factor of the programming has made MeTV very popular. It’s a great place of comfort and escape for a lot of people. And fortunately, we have most of the critically acclaimed and best television shows ever made: “MASH,” “The Andy Griffith Show,” “Perry Mason”… And they resonate so well with the audience that’s out there both over the air and watching through the traditional methods of cable and satellite as well.

I found it really interesting looking at your viewership data, because MeTV gets a ton of live viewership, which is pretty rare.
MeTV is programmed and patterned after a traditional independent television station of 30 or 40 years ago. That means program selection, program scheduling, program flow is all really important. The fact that we have an audience that’s as big as it is — we reach about 23 million different people a week on MeTV and an average quarter hour on MeTV is over half a million viewers — that we’ve struck kind of a nostalgic way to watch TV. MeTV is not known for running eight episodes of the same show in a row. It’s scheduled to be a flow and to take you through the day with different programs and different genres, rather than burning seven episodes of a sitcom in a row, which is a different programming strategy. In certain venues, that works quite well. MeTV is different.

So, what’s the future of OTA programming?
(We) are going to continue to advocate that when you cut the cord, you need to get an antenna. And we as a network, with the television affiliates, are sensitive to the fact that we don’t want to go on air and say, “Cut your cord and go get an antenna.” Whereas that would be helpful to MeTV, that would not be helpful to our affiliates who rely on retransmission consent funds as a good portion of their cash flow. But there are ways to do it off-air and ways to engage people who are making that change or have made that change to get them to include an antenna in their media mix. 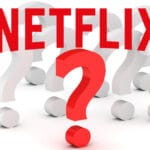