What Is House of the Dragon About? How It Connects to Game of Thrones 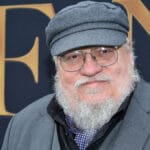 HBO is officially franchising its hit fantasy series “Game of Thrones” with the launch of the prequel spinoff series “House of the Dragon,” and fans got their first look at an official teaser trailer on Thursday. “Game of Thrones,” the biggest hit in HBO history, concluded its eight-season run in May 2019, but even before that, HBO had begun developing various potential spinoff possibilities with the aim of greenlighting the one(s) they liked best.

Which brings us to “House of the Dragon,” the first spinoff to officially be ordered to series. The show certainly looks like “Game of Thrones,” but it features all new characters and a different timeline. It actually began as a concept developed by “Thrones” writer Bryan Cogman, which was subsequently reworked. “A Song of Ice and Fire” author George RR Martin serves as executive producer alongside Ryan J. Condal and Miguel Sapochnik, with the latter serving as the show’s main director.

So many may be wondering, what is “House of the Dragon” about anyway? Let’s dig in.

The big thing to know about this spinoff show is that it is set 200 years before the events of “Game of Thrones,” which explains why none of the “Thrones” characters appear. The lore of George RR Martin’s source material is vast, so there was a lot to pull from, and indeed “House of the Dragon” is largely based on Martin’s 2018 novel “Fire & Blood.”

In This Era, The Targaryens Are in Charge

You’ll recall that when “Game of Thrones” began, Robert Baratheon was sitting on the Iron Throne. It was his death early in Season 1 that kicked off the eponymous game of thrones, which found the Lannisters ruling the Seven Kingdoms and fighting off various usurpers. One family that loomed large over “Game of Thrones” was the Targaryens, with Emilia Clarke’s Daenerys Targaryen serving as the primary threat to the throne. At that point she and her brother de ella were lying low in exile, but “House of the Dragon” takes place when their ancestor Viserys I is king.

Paddy Considine fills the role of King Viserys I Targaryen, while Matt Smith plays his younger brother Prince Daemon Targaryen – a legendary warrior – and Emma D’Arcy plays Princess Rhaenyra Targaryen, Viserys’ daughter and next in line to rule the Seven Kingdoms. Or so she thinks…

The Show Tells the Origins of a Great Civil War

The central conflict of “House of the Dragon” is who will take over the Iron Throne after King Viserys I, which in the history of Martin’s books resulted in a great civil war that tore the Targaryen family apart.

On one side were those who supported Viserys’ daughter Rhaenyra Targaryen (Emma D’Arcy), and on the other side were those who thought Visery’s eldest son by his second wife Queen Alicent (played in the show by Olivia Cooke) should take up the throne.

This led to a bloody, brutal battle inside the family, but the good news for viewers is that since the Targaryens are known as “dragonriders,” those battles will presumably include lots of characters riding dragons and fighting one another in the sky.

What About the Lannisters and Starks?

There’s also potential to see some familiar names other than the Targaryens in “House of the Dragon,” as the great civil war found each side recruiting members of the great houses of the Lannisters, Starks and others to help them fight. We already know the show involves Jefferson Hall playing twins Lord Jason Lannister and Ser Tyland Lannister, and should the series continue past one season, we can expect to see more.

See also  Why Among Us needs more official roles

When Does “House of the Dragon” Premiere?

HBO has set an August 21, 2022 premiere date for “House of the Dragon,” with new episodes released weekly on HBO and HBO Max. 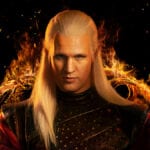