411MANIA | Doctor Strange in the Multiverse of Madness Review 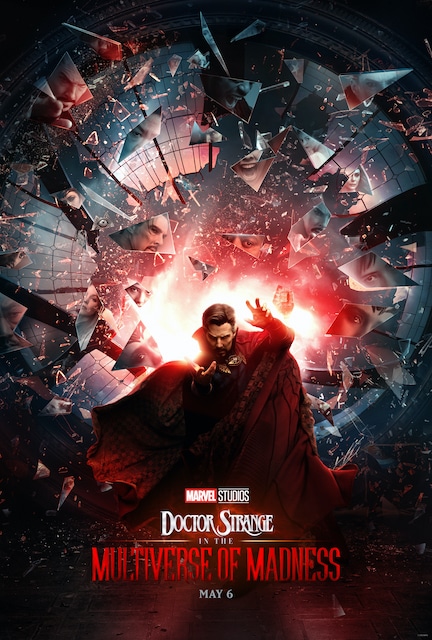 “The weariness of a thousand battles sorely oppresses me! I must sleep…that I may thus regain needed strength! For who knows what phantom terror the morrow may bring? And whatever they may be, Dr. Strange must be ready to face them!”

Author’s Note: This is a spoiler-free review.

The Master of the Mystic Arts, Doctor Stephen Strange, finally returns to the screen for his latest Marvel Cinematic Universe outing in Doctor Strange in the Multiverse of Madness. The film sees another major return with filmmaker Sam Raimi, the genre-defining director behind the original spider-man movie trilogy, who finally returns to the comic book superhero genre. In the new sequel, the good doctor faces a serious threat that will take him across the Marvel Multiverse and challenge his moral compass.

Picking up sometime after the events of his appearance in last year’s Spider-Man: No Way Home, Doctor Strange (Cumberbatch) has settled into his duties as a defender of reality. However, Strange is haunted by a bizarre dream where he dies in a strange realm while fighting an inter-dimensional monster alongside a young teen, America Chavez (Gomez). This same young girl soon appears in Strange’s reality while she is chased by a different tentacled monstrosity.

What Strange experienced was not a dream but a window into an alternate universe. America Chavez has a unique ability to travel between universes. A terrifying threat wants to possess that power, so it’s now up to Doctor Strange to help Chavez and make sure the threat does not tear the Multiverse apart. The quest takes him to different dimensions of the Multiverse, where Doctor Strange is at the center of significant events and not always making the most benevolent of choices.

The biggest asset for Multiverse of Madness is Sam Raimi’s direction. Considering Sam Raimi is coming aboard a franchise midway when various elements have already been established, he does remarkably well directing the film with his vision of him. Many Sam Raimi directorial trademarks are on display in the film, which is highly entertaining. Raimi’s directing style looks unique from more recent MCU efforts, which gives the film a unique flair and edge.

While Doctor Strange in the Multiverse of Madness falls short of being a genuine horror film, Sam Raimi’s background in the horror genre benefits the overall viewing experience. The monsters are creepier and more dangerous than those of past MCU films. raimi imbues Doctor Strange in the Multiverse of Madness with frights and a sense of danger that things are coming out of the dark to possess or devour you.

The other way Raimi’s visual style suits the world is that the adventure progresses in a dynamic fashion, where it looks like a comic book story unfolding onscreen. This idea is not only depicted in the large-scale monster fights but also in some simple, yet significant, scene transitions. Raimi’s unique visual style pairs perfectly with the realm of magical weirdness in which Doctor Strange operates.

The novelty factor of what the Multiverse allows wears off quickly. The potential excitement the Multiverse aspect offers is unceremoniously deflated, rendering the question of whether it was necessary in the first place. It clutters the script and takes away from the main action, distracting from Strange’s main character arc.

Additionally, Multiverse of Madness implies there was an entire sequel that got skipped over. The end of the last film featured Doctor Strange’s sorcerer colleague, Mordo (Ejiofor), breaking bad and starting a vendetta against all other sorcerers. Mordo returns in an unexpected fashion, but the promise of the original movie’s ending is never truly fulfilled. The result is a copout and waste of the talents of such a quality actor as Ejiofor, who likely would have been better served in a different role for the MCU.

Gomez’s presence is more or less a plot device to enable the narrative. At the very least, the convention of saddling the hero with a teen youth companion does not wear out its welcome. Gomez manages to hold her own de ella for the most part. She avoids becoming nuisance to the overall plot. But it’s 2022, and the jokes about Spider-Man shooting webs out of his rear are getting old. They have been old for decades, and now they are dead. Yet it’s a recurring gag between No Way Home and Multiverse of Madness.

Besides the Multiverse, the film has another important bait and switch that has huge implications. This inciting incident is the catalyst for the entire plot, but it’s also a gigantic spoiler. The turn incites highly ambivalent feelings, especially in light of recent events in the MCU. Mileage on this turning point will vary. These elements are executed and performed exceptionally well, but the writing and certain decisions raise questions.

At the center of Doctor Strange, Benedict Cumberbatch puts in a wonderful performance as the good doctor. His performance of him is enhanced by Raimi’s penchant for torturing his heroes to an almost comical level. Cumberbatch is a tremendous actor, so it’s great to see him flex a little bit here, along with Doctor Strange’s grasp of dry and sardonic wit. Cumberbatch gets to show more pathos as Strange. At least the plot allows for a deeper exploration of his backstory that was not present in the first movie.

See also  My Hero Academia: 10 times smarter than power
See also  The 'Black Panther' legacy will continue in 'the Falcon and the Winter Soldier'