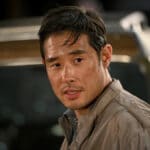 Jonathan Goodwin has opened up about his tragic accident while filming “America’s Got Talent: Extreme,” which left him paralyzed from the waist down.

On Oct. 15 of last year, Goodwin was rehearsing a daredevil stunt for “AGT: E” in which he was to escape from a straitjacket while hanging upside down between two cars suspended 70 feet in the air. If the stunt had gone as intended, he would have freed himself and dropped onto an air mattress waiting below. While Goodwin managed to pry himself loose from the straitjacket, he was jammed between the cars, causing an explosion. He hit his head and lost consciousness, after which he was airlifted to a hospital and rushed into surgery.

On Friday, Goodwin addressed this paralysis on “good morning america” — his first television interview since the accident six months ago. “I don’t really have a great memory. I know that there was a moment where I knew it was going wrong,” he said.

Goodwin’s injuries were extensive. He suffered broken legs, shoulders, a damaged kidney, a punctured lung, rib fractures and a complete spinal fracture. I have spent four months in the hospital.

“The spinal surgeon said that my injury was the worst that he’d ever seen and also told me that there was a really good chance I wouldn’t make it through the surgery,” Goodwin told “GMA.” Of his recovery from him, he added: “The closest thing that I can explain is that it’s like somebody waves a magic wand and all of a sudden you’re a baby and you have to learn everything you know.”

Goodwin was a recurring contestant in the “America’s Got Talent” franchise. Production on the series came to a halt two days after he was injured. “In order to focus on the well-being of our crew,” a spokesperson told E! News on Oct. 17, “We will be temporarily pausing production on ‘America’s Got Talent: Extreme’ and will resume the last few days of filming at a later date. The health and safety of our cast and crew continue to be our priority.”