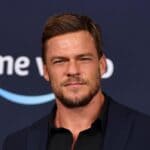 Savage’s character Stacy Beale is an ATF agent who transfers from the anti-terror team in New York to an Oklahoma bureau targeting local militia groups.

Stallone, who also executive produces, stars as mob boss Dwight “The General” Manfredi, who must assemble a new crew after being exiled by his mob family following his release from a 25-year prison sentence.

Savage’s other TV credits include “Veep,” “iZombie, “Episodes,” “Dog Bites Man” and “The Hotwives,” along with appearances on “Curb Your Enthusiasm” and “The Goldbergs.”

The series is from prolific producer Sheridan, who also created Paramount+ hits “Yellowstone,” “Mayor of Kingstown” and “1883.” Terence Winter of “The Sopranos” serves as showrunner, writer and executive producer. MTV Entertainment Studios and 101 Studios produces. 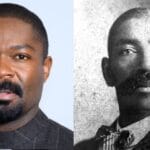