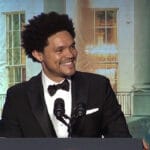 “After following all the screening protocols and testing negative in advance of the White House Correspondents dinner, George Cheeks tested positive for Covid 19 on Thursday afternoon, May 5,” a CBS spokesperson told TheWrap.

According to the same spokesperson, the CEO is “feeling fine and working from home.”

Cheeks sat on the dais at the dinner, next to First Lady Dr. Jill Biden as well as White House Correspondents Association chief and CBS News’ Steven Portnoy. Cheeks shook hands with President Joe Biden when he arrived at the dinner, but Biden has since tested negative, as recently as Thursday, according to dead line.

Trevor Noah, who’s roast of many of the attendees kicked off the dinner, also sat near Cheeks. 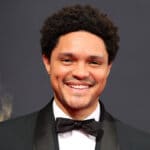