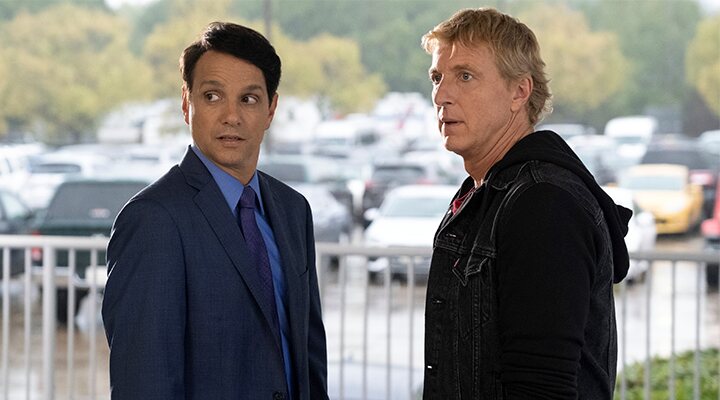 The first trailer for the fifth season of ‘Cobra Kai’ has revealed its premiere date. The series will return to Netflix for another year and this time it will arrive shortly, specifically on September 9, 2022. Although the previous two seasons premiered around the New Year, this one will not follow the same line. However, that means that we will be able to see it sooner than we expected.

The Serie brought back some of the original characters from the 1984 film, most notably Ralph Macchio (Daniel aka Karate Kid) and William Zabka (Johnny). Also returning are Martin Kove as John Kreese, Thomas Ian Griffith as Terry Silver, and Yuji Okumoto as Chozen. On the other hand, we also have new additions such as Xolo Maridueña, Mary Mouser, Tanner Buchanan, Jacob Bertrand and Peyton List.

Already in the fourth season we had seen a new alliance between the dojos of Johnny and Daniel, Eagle Fang and Miyagi-do, to face Cobra Kai in the annual Valley Karate Tournament. They are also joined by Chozen, who was the antagonist of ‘The Karate Kid: Part II’.

The The return of the mythical characters from ‘Karate Kid, the moment of truth’ and its sequels has undoubtedly been one of the most attractive aspects of ‘Cobra Kai’. The series began its first two seasons on YouTube Red and YouTube Premium and then moved to Netflix from the third.

In the trailer we see a brief summary of what happened in the 4th season with the 51st edition of the Valley Karate Tournament in which Cobra Kai won (although cheating). Terry Silver (Thomas Ian Griffith), who made his return in season four, talks about how Cobra Kai is gaining ground and taking control of the area. “If there’s anything better than a full dojo, it’s a whole valley of full dojos; join us”says the now leader of Cobra Kai.

Daniel, Johnny and Chozen, meanwhile, have to come up with a plan to take down Silver and his unusual teaching methods. “Silver doesn’t mind putting the boys in danger, that’s why I have to finish him off”Daniel says. The former Karate Kid is determined to stop the current Cobra Kai’s influence from spreading, but Silver warns them that they are “playing with fire”to which Chozen replies: “and I am gasoline”.