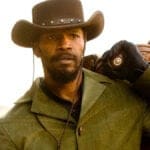 Netflix surprised fans in Los Angeles Thursday night at the “Cobra Kai: Live & Bad Ass” event with a first-look teaser for the upcoming fifth season and also announced that Season 5 will premiere globally on Netflix September 9.

And since we all know you’re here for the trailer, watch it at the top of the page right now.

After the shocking results of the All Valley Tournament in the fourth season finale, Terry Silver (Thomas Ian Griffith) is expanding the (new, way more evil) Cobra Kai empire. With Kreese (Martin Kove) behind bars and Johnny Lawrence (William Zabka) setting karate aside to focus on repairing the damage he’s caused, Daniel LaRusso (Ralph Macchio) must call on an old friend for help… Chozen (Yuji Okumoto).

Daniel and Silver square off in the trailer, with the Cobra Kai heavy telling him, “You’re playing with fire, Danny boy.” To which Chozen responds, “And I am gasoline.”

The first four seasons are now streaming on Netflix.