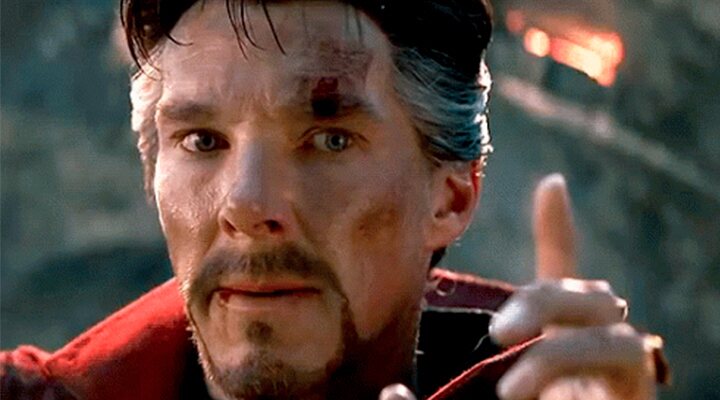 Last Wednesday, May 4 ‘Doctor Strange in the Multiverse of Madness’ was released in several countries, reaching an incredible amount of 27.2 million dollars in 20 different markets, according to Disney. The new installment of the Marvel Cinematic Universe, directed by Sam Raimi, once again features Benedict Cumberbatch as Stephen Strange and Benedict Wong as his faithful companion and now Sorcerer Supreme. Rachel McAdams and Xochitl Gomez round out the cast along with guest appearances from Elizabeth Olsen as Scarlet Witch and Patrick Stewart as…Professor X?

The sequel hits theaters with quite high expectations after the success achieved by ‘Spider-Man: No Way Home’, becoming a historic event for Marvel. In accordance with The Hollywood Reporter‘Doctor Strange 2’ has been up to the task and was only 4% below the premiere of the third installment of Marvel’s Spider-Man, although we’ll see how it unfolds during its first weekend. On the other hand, Marvel has far surpassed its main competitor, DC, surpassing ‘The Batman’ by 210%. It has also surpassed the first ‘Doctor Strange’ film by 153%.

Among the countries where the film was released last Wednesday, South Korea tops the list with a box office gross of nearly $6 million. In addition, it has become the film with the best opening in history in the Asian country after ‘Avengers: Endgame’. Following the list, we find very good results also in Japan (3.8 million), France (3 million) and Italy (2.2 million).

From success to success

The complexity of the script that Wong already highlighted has made ‘Doctor Strange 2’ one of Marvel’s most ambitious films to date. In addition, it is something that even Benedict Cumberbatch himself had commented on before the premiere of ‘Spider-Man: No Way Home’. Disney and Marvel seem to be willing to improve themselves with each new installment and it is not for less, considering the level of the company in recent years. The sequel to Doctor Strange will be the 28th film in the sprawling MCU.

Cumberbatch’s character made his debut in 2016 introducing a new superhero, but has appeared in several more movies and has become, from a supporting role, one of the most important (and powerful) characters in the Marvel universe. He was in ‘Thor: Ragnarok’, ‘Avengers: Infinity War’, ‘Avengers: Endgame’ and ‘Spider-Man: No Way Home’. Now, his return as the protagonist 6 years later is having an unbeatable result.

‘Doctor Strange in the Multiverse of Madness’ has already been released in theaters around the world. From today, May 6, it is now also available in Spain.