Facebook Projected to Lose 700,000 Teen Users by 2025 as Next Generation Migrates to Other Platforms | Chart 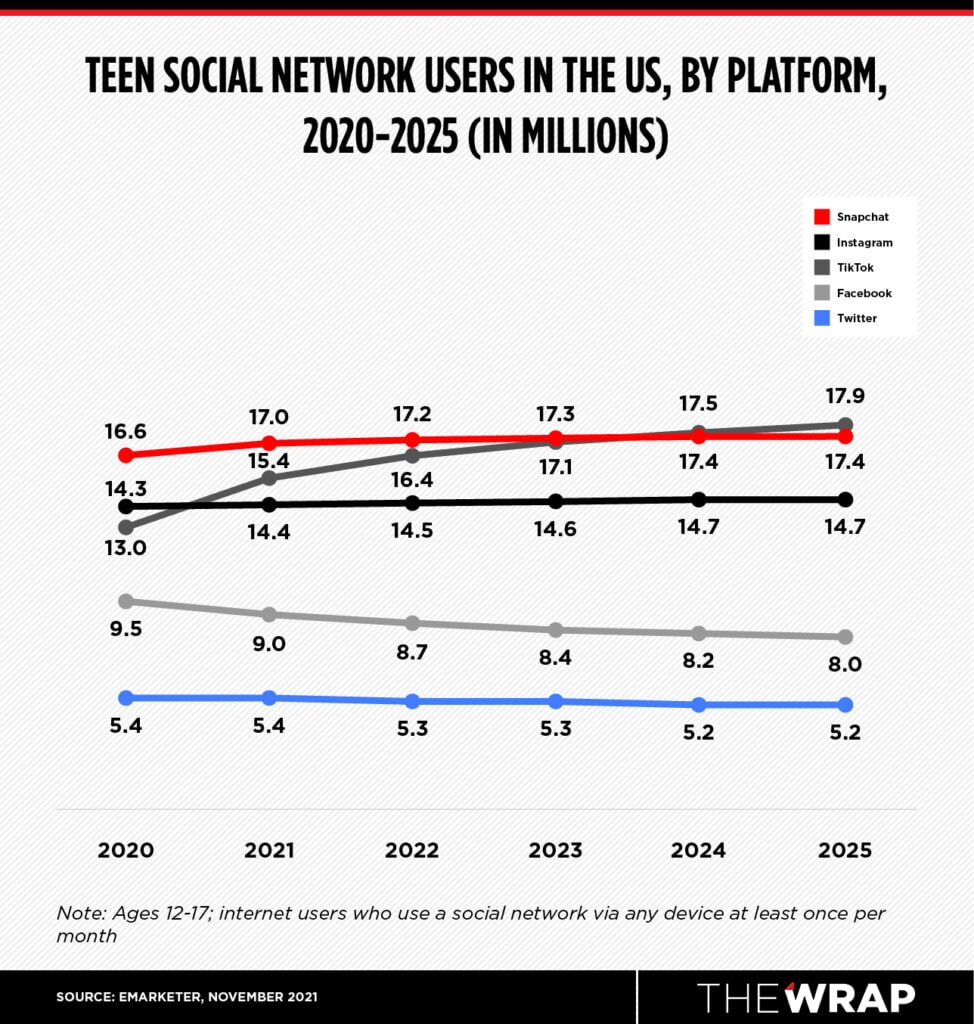 Facebook struggles to attract younger users are continuing, with analysts at eMarketer projecting that the platform will lose about 700,000 teen users by 2025.

This is a trend the flagship platform has been grappling with as contenders Snap and then TikTok have gained popularity with younger users. Facebook is expected to lose 1.5 million overall teen users between 2020 and 2025, while Instagram, Snap and TikTok will maintain their popularity with the younger crowd in coming years, according to eMarketer forecasts.

In the next three years, Facebook will see its teen users plummet from 8.7 million in 2022 to 8 million in 2025, according to estimates. Twitter will also see some decline in teen users in coming years — though, not as drastic a drop as Facebook — dropping from 5.3 million this year to 5.2 million by 2025.

Facebook has struggled with this inevitability for some time now as social media users grow up. Last year, the company rebranded itself as Meta Platforms to show it’s pursuing emerging metaverse tech and doubling down on TikTok-like video features to lure younger users to Facebook and Instagram.

In fact, leaked documents throughout last year showed Facebook itself researched this problem and found that teenage users in the US had declined by 19% since 2019 and projected another 45% drop over the next two years.

Meanwhile, TikTok is crushing Facebook and its competitors Instagram and Snap, with the Chinese-owned video app boosting past 1 billion monthly users last September. Older platforms like Facebook continue to wane in popularity. Facebook reported a loss in daily users globally last year for the first time since the social network launched 18 years ago.