Filtered new image of the god of thunder in Thor: love and thunder 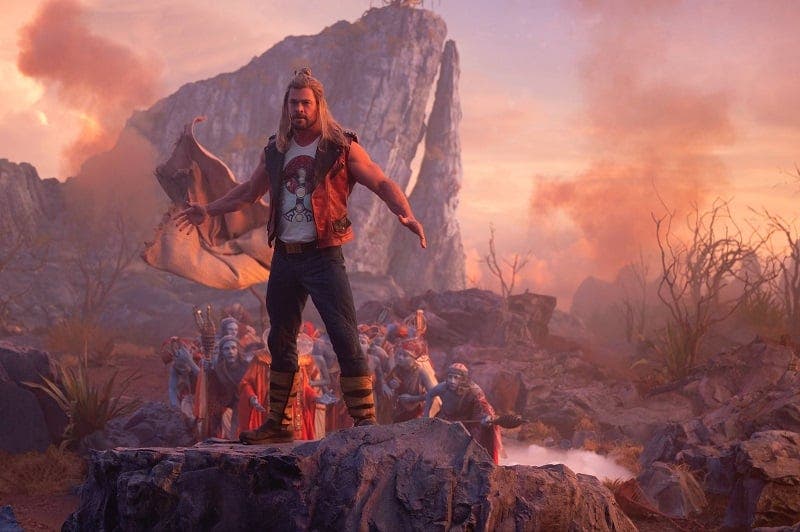 A new image of the god of thunder in Thor: Love and Thunder shows us in more detail what he will look like with the Guardians of the Galaxy team.

The first advance of Thor: Love and Thunder suggested that the God of Thunder might be looking for a peaceful life, but what does that mean as a member of the Guardians of the Galaxy?

We know that Thor leaves the Guardians of the Galaxy at some point, but after seeing the first trailer we can get a clearer idea of ​​his motives. Although the image that we show you below suggests that Thor could be preparing to enter into combat with some type of adversary.

A user of Reddit has recently shared images of the merchan with a description that says: “Long after the Avengers defeat Thanos, the Guardians of the Galaxy must convince Thor to return to the battlefield”. Could this be the reason why he ultimately chooses to part ways with the team?

The film finds Thor (Chris Hemsworth) on a journey unlike anything he has ever faced: a search for inner peace. But his retreat is interrupted by a galactic assassin known as Gorr the Butcher God (Christian Bale), who seeks the extinction of the gods. To combat the threat, Thor enlists the help of the Valkyrie queen (Tessa Thompson), Korg (Taika Waititi), and his ex-girlfriend Jane Foster (Natalie Portman), who, to Thor’s surprise, inexplicably wields her magical hammer, Mjolnir, like the Mighty Thor.

Together, they embark on a harrowing cosmic adventure to unravel the mystery of the Butcher God’s revenge and stop him before it’s too late.

Thor: Love and Thunder will be released in theaters on July 8, 2022. Do not miss all the series and movies of Marvel Studios in Disney+.