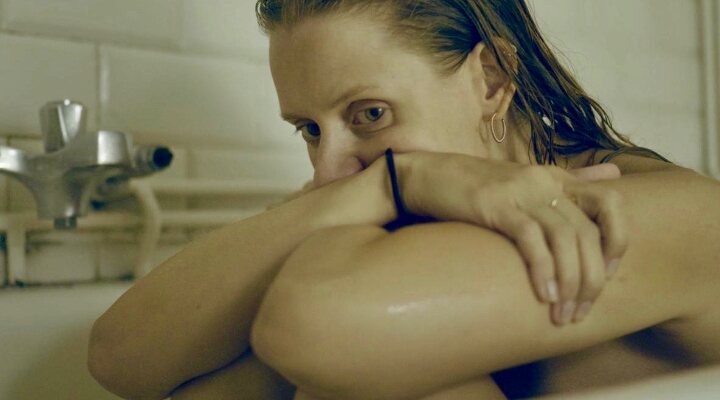 This same year, the producer and director from Bilbao Ibon Cormenzana brought an intimate story starring a woman fleeing from the madding crowd with ‘La Cumbre’, which was presented at the 25th edition of the Malaga Festival, now does so from a different perspective with ‘Culpa’, which had its premiere at the last edition of the BCN Film Fest and that seeks to address a sensitive issue such as rape and sexual abuse from a different perspective.

‘Guilt’ begins with a scene recorded on a mobile, in which Anna can be seen, a commercial executive, arriving home somewhat drunk after going out for drinks with some friends of her husband, who is on a trip for work. The woman arrives at her house, where she is approached by one of her husband’s friends, who rapes her in a sequence that is recorded by the device. A frontal sequence, sordid and that is the prelude to the descent into hell of its protagonist.

It starts like this a spiral of self-destruction and disconnection with reality, being a continuous succession of sequences that transmit suffering, pain and escape. Cormenzana, who writes the script for the film together with the main actress herself (Manuela Vellés), tries to capture a rarely seen reaction to an event as serious as rape, with a protagonist who seems to avoid the victim label to the extreme, to the point of wanting to disconnect from her own body. 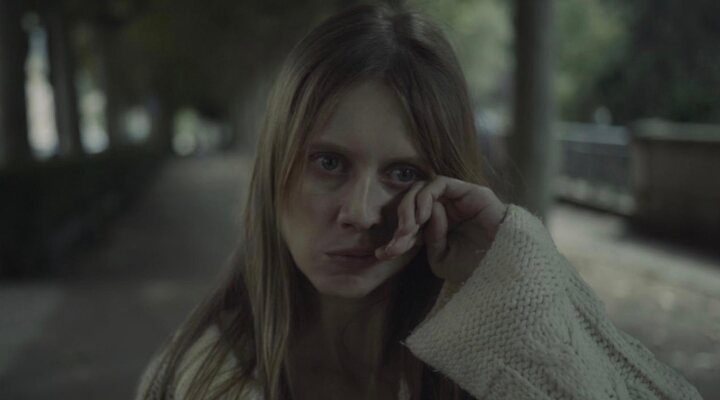 That premise may be interesting, but Cormenzana is not able to bring the approach to fruition. Moreover, it gives the impression that the tape chooses an erratic path, from which it is not able to get out. It is true that it is impossible to fully understand how such a terrible misfortune is experienced, as well as the consequences and reactions it provokes; but what could have been a drama with personal catharsis and healing (or a social drama of denunciation) ends up degenerating into a kind of unlikely psychological thriller, in which the protagonist makes a series of decisions lacking in logic that have as a common factor refusing any kind of help. On the other hand, It poses a frontal consequence -an unwanted pregnancy and its psychological denial- that French procedural series such as ‘Candice Renoir’, ‘Profilage’ or ‘Balthazar’ were better able to justify.

But Nor is it clear that Cormenzana portrays an emotional cesspool. It is true that with ‘La Cumbre’, the absence of explicit explanations about the reasons for isolating themselves in the mountains had a certain poetic touch that was known to combine with the inhospitable, which is not the case with ‘Culpa’. It’s more, achieves the opposite effect, since the negative portrayal of cataloging oneself as a victim provokes in the public that the possible empathy felt towards its protagonist is fractured. And no, Cormenzana doesn’t have that cynical and ironic touch of Paul Verhoeven in ‘Elle’, nor does she have that human and irreverent gaze of Jason Reitman in ‘Juno’ or the feminist touch of Yngvild Sve Flikke with the recent ‘Ninjababy’, or that speaking that it is far from a portrait of postpartum depression, which was seen so well in ‘Tully’ (also by Reitman). 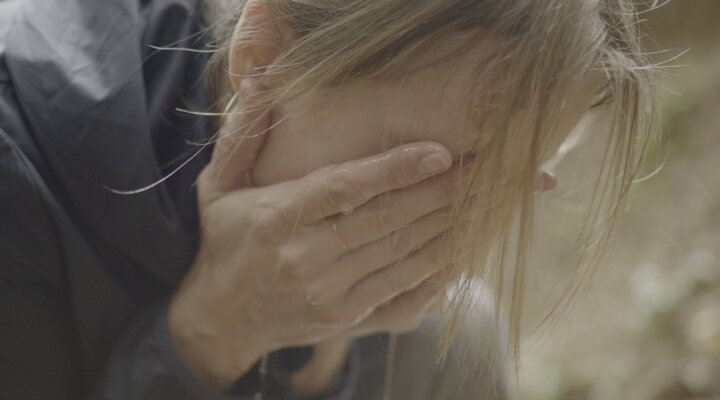 Yes, Vellés’s performance is tremendously physical and he gives himself body and soul to a very personal project, but that does not mean that this bet is incoherent and has to a certain extent banal on the subject it deals with, of maximum seriousness. It also doesn’t help that the level of production denotes a very low budget, especially in its visual part, which gives it an amateurish look reminiscent of other similar productions such as ‘Mona’s room’ or ‘A precious time’; an oversight that subtracts more points from an unfortunate production, especially coming from a director who was able to shoot his previous feature film in a real mountain and who has produced very intimate titles that did not skimp on their careful technical section, such as ‘Mother’ of Sorogoyen or ‘Journey to a Mother’s Room’ by Celia Rico Clavellino.

‘Culpa’ suffers from tremendousness and a cold execution that does not allow to create any emotional bond with its protagonist (something that seems to be asked of the public), which causes its sparse dialogues to feel stagnant, if to this is added a series of absurd situations that -on top of that- demand greater understanding from the viewer, we are facing a failed project, despite raising a premise that could have been realized much more satisfactorily.

The best: Despite everything, Manuela Vellés offers a very dedicated performance.

Worst: The feeling of missed opportunity that it leaves at the end.