Mike Hagerty, ‘Somebody Somewhere’ and ‘Friends’ Actor, Dies at 67 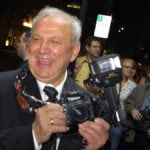 Mike Hagerty, a veteran character actor known for his comedic, nondescript everyman roles in shows like “Curb Your Enthusiasm,” “Seinfeld,” “Friends” and as a series regular in HBO’s “Somebody Somewhere,” has died. He was 67.

Hagerty’s death was announced by one of his “Somebody Somewhere” co-stars Bridgett Everett on behalf of his family on Friday. No cause of death was provided. Reps for Hagerty did not immediately respond to TheWrap’s request for comment.

“I loved Mike the instant I met him. He was so special. Warm, funny, never met a stranger. We are devastated he has passed. Mike was adored by the entire cast and crew of ‘Somebody Somewhere.’ Our thoughts are with his wife and family,” Everett wrote.

Born in Chicago and an alum of the Second City comedy troupe, Mike Hagerty was known for his thick Chicagoan accent and mustache and blue-collar charm. Though he rarely had a recurring role, he’s had a memorable presence in countless classic comedies, sitcoms and more, often thought of as “that guy” from shows like “Friends” or in isolated appearances on dozens of other shows.

On “Friends” he portrayed Mr. Treeger across several episodes, the apartment building’s superintendent who shares an awkward ballroom dance with Joey when he threatened to evict Monica and Rachel.

But you may also recognize him lurking in the donut shop in “Wayne’s World” learning that “the world’s a twisted place” after he gets laid off. Or as the guy selling vintage raincoats to George and Kramer in “Seinfeld.” Or as the AAMCO guy who ironically is a huge fan of “Seinfeld.”

Hagerty also had recurring roles on “The George Carlin Show” early in his career and in Louis CK’s early sitcom “Lucky Louie.” Some of his other TV credits have included spots on “Cheers,” “Married…with Children,” “The Wonder Years,” “Allie McBeal,” “Boston Legal,” “Entourage,” “Community,” “The Mindy Project, ” “The Goldbergs” and in films such as “Inspector Gadget” and “Austin Powers: The Spy Who Shagged Me.” 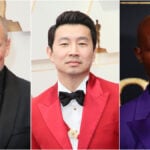 Most recently he starred in a recurring role in the HBO Max series “Somebody Somewhere,” playing a humble Kansas farmer and father to the show’s main character Sam (Bridget Everett). And his co-star Jeff Hiller also paid tribute to Hagerty on Friday.

“Mike Hagerty was a wonderful, kind, sensitive, hilarious, gentle, beautiful actor and human. People loved telling me how they realized he was the guy from ‘Friends,’ ‘Overboard,’ ‘Cheers,’ (and 1000 others). They said they loved seeing him in such a nuanced role and loved his performance. I did too.” hiller wrote.

Hagerty is survived by his wife Mary Kathryn, his sister Mary Ann Hagerty, her wife Kathleen O’Rourke, and their daughter Meg.