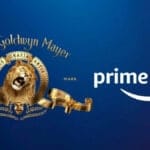 While it’s unclear specifically what positions they would take, the insider says De Luca and Abdy could launch their own film label within the Warner Bros. Pictures group or take on roles within that division.

According to a source who spoke to Varietywhich first reported the news, part of the terms of them joining would be having access as producers to DC Entertainment with the rights to develop characters and properties, with DC a major priority for Warner Bros. Discovery under its new leadership from CEO David Zaslav .

However, any new agreement with De Luca and Abdy would not be completed until they’ve officially exited Amazon.

When reached for comment, an MGM representative said only that De Luca and Abdy have agreed to stay on at MGM through the summer at Amazon’s request and plan to honor that request. A spokesperson for Warner Bros. Discovery did not respond to a request for comment.

It was reported in late April that both De Luca and Abdy would be exiting their roles as Motion Picture Group chairman and president this summer after MGM was acquired earlier this year by Amazon in an $8.5 billion deal. De Luca was said to be leaving the studio on his own accord. 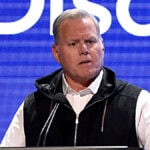 “We are confident that the exciting vision Prime Video and Amazon Studios has for MGM and the organization Mike Hopkins is building along with Jennifer Salke and team, will guarantee MGM’s continued success,” De Luca said in a memo to staff at the time.

De Luca took over as chairman of MGM’s Motion Picture Group in January 2020, following Jonathan Glickman’s departure after a nine-year tenure, and Abdy joined as the Motion Picture Group president shortly thereafter in April 2020. De Luca’s resignation came as a shock to many within the organization, even as others await the fate of TV head Mark Burnett and whether he will remain within Amazon.

De Luca during his time at the studio was known for his relationships with talent and his knack for paying a premium to land projects like Ridley Scott’s “House of Gucci” and Paul Thomas Anderson’s Best Picture nominee “Licorice Pizza,” though neither was a box office hit. He also navigated the release of the final James Bond movie “No Time to Die,” and he was also behind MGM’s recent box office success, Channing Tatum’s low-budget “Dog” from earlier this year.