Review of ‘Michelangelo (The Sin)’ Three years ago, the Russian Andréi Konchalovski continued his tour of European co-productions with ‘Miguel Ángel (El sin)’, a feature film that approaches the life and work of the famous Renaissance artist, called the Divine, the creator of works that are essential pieces of the History of Art such as the Sistine Chapel, the sculpture of David or the Pieta of the Basilica of San Pedro. Due to the incomprehensibility that it is, the filmmaker chooses to focus on a very specific moment, the complicated process of creating the Tomb of Julius IIwhich was commissioned in 1505 (with Pope Julius II still alive) and completed in 1545, 32 years after the death of the Supreme Pontiff.

Hence, the portrait of Konchalovski, who signs the script for the film together with Elena Kiseleva, moves away from any hagiographic view. Moreover, he shies away from showing his most impressive works, focusing on the beauty of the film’s setting, 16th-century Rome, with photography that exudes a certain vintage touch and an artistic direction that evokes Pier Paolo Pasolini’s period productions. In this aspect, the director again makes a show of taking care of the setting, as he well demonstrated with the masterful ‘Paraíso’, as well as in the subsequent ‘Dear Comrades’, in which he also opted for an impeccable black and white .

As an artist, Michelangelo had a tremendously complicated character, no pupils are known to him due to such personality. This is reflected frontally, adding the contradictions of a painter and sculptor whose austere life -almost similar to that of a monk- contrasts with his high fees as an artist. To this is added that, despite being the protégé of the different popes who passed through the Vatican, he had to row between two waters, at live the full confrontation between the Della Rovere family, whose power was waning, and the Medici clanwhose dizzying rise heralded a new era for Italy. This allows us to offer a different portrait of Michelangelo, with a production that takes into account these political intrigues to delve into the constant anguish of an artist who must deal with the elites in order to have the freedom to create or, rather, a false sense of freedom, because his artistic ambitions made him a prisoner of his own sins (that giant monster called marble and how hard it was to turn it into a priceless piece). These contradictions of a man who sees his art as a virtue and also his own perdition are sublimely manifested in a film that, despite being awkward in his portrait of Michelangelo Buonarroti, he knows how to pay homage to him.

Yes, it is missing that he was more explicit in his personal facet, in which a certain homoeroticism is glimpsed with his followers but that omits the passion he felt for Tommaso Cavalieri or the purely platonic love he had with Vittoria Colonna (despite narrating a period in the artist’s life in which he could encompass such relationships). However, Konchalovski compensates with an accurate portrait of the tormented spirit of the sculptor, painter and architect; as well as from the political turbulence of the time and a production design that produces the feeling of living (and smelling) the sixteenth century. 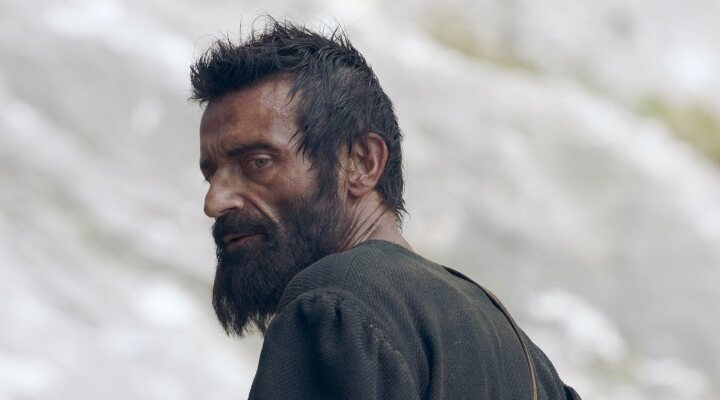 Beyond a script that shows the complex chessboard of 16th century Italy with Michelangelo in the middle, the film manages to come to fruition thanks to the interpretation of its protagonist. Alberto Testone offers one of the best portraits that have been seen of the Renaissance artist in fiction, without frills and with great care to convey the contradictions of a genius, whose virtue was his own downfall (it’s also interesting how his rivalry with Raphael looks). He is not alone, I applaud the Franco-German also deserves Jakob Diehl, a polyglot who has already dared to act in German, French and English and who passes his first role in Italian with flying colors. I also mention Massimo De Francovich or Nicola De Paola as those pieces of the political game that was Renaissance Italy.

Perhaps the times in its commercial premiere do not accompany, but ‘Miguel Ángel (The Sin)’ is a sublime and elegant cinematographic exercise, one of the best approaches to the life and work of the most important Renaissance artist. He is, without a doubt, one of the best recent exponents of how the work should be valued above its author.

The best: Its careful setting of the sixteenth century, the interpretation of Alberto Testone, as well as its dreamlike scenes, worthy of Bergman.

Worst: It is difficult to start at the beginning and the political intrigues take time to burst onto the screen.