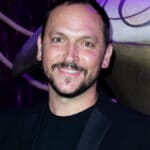 The “Lupin” duo of filmmaker Louis Leterrier and star Omar Sy reunites in the new Netflix action film “The Takedown,” but unfortunately the result is seriously underbaked and awkwardly problematic.

A sequel to the 2008 French film “On the Other Side of the Tracks”, “The Takedown” stars Laurent Lafitte as Francois Monge, Omar Sy as Diakité Ousmane and French rock singer Izïa Higelin as Alice. Louis Leterrier (“Lupin,” “Now You See Me”) directs the film, leading Netflix’s new slate of French-language originals coming to the streaming service.

Both films pay homage to ’80s classics like “Lethal Weapon” and “Beverly Hills Cop,” and Sy even regularly sports Axel Foley’s signature baseball jacket and jeans. Occasionally buddy cop movies, when given good ingredients like a proper script, good physical comedy, and well-executed action scenes, can be a recipe for a comedic blockbuster.

“The Takedown,” unfortunately, didn’t stay in the oven long enough.

In the previous film, Monge is an upwardly mobile Parisian police detective while Ousmane is a beat cop who grew up poor and bogarted his way onto Monge’s murder investigation. Divided along class lines, they eventually solve the crime, and Ousmane gains both a promotion and a transfer to a Paris precinct.

“The Takedown” picks up years later, and the tables have turned. Ousmane is a well-liked and efficient police commissioner. While Monge, demoted from Chief of Police position to Deputy in another district, is a condescending misogynist whose occasional racist remarks get him written up by his entire team.

The cops are reunited when a man’s torso is found while Monge is picking his parents up from the train station and calls it in. Technically the case is in Ousmane’s precinct’s jurisdiction, however, Monge sees an opportunity and pulls some strings to work his way onto the case. The pair head off to a province near Réunion Island to identify the victims’ lower half, flipping the characters’ roles from the first film.

It’s standard buddy cop fare for one character to play the brains or “straight” man while the other the “muscle”. However, here the roles are more convoluted, as Ousmane is both brains and brawn and Monge is a fast-talking rake, constantly looking for sex and throwing others under the bus to compensate for consequences he rarely needs to face.

The first two acts are paced well and play out like a network comedy detective series, wrapping up the murder investigation rather quickly. But not before Sy gets in a brawl at a strip club with a skinhead hopped up on a new potent form of meth apparently cooked up by the train victim. The pair uncover the real threat when the team discovers a terrorist plot to rid Paris of all of its immigrants, starting with the brown residents of the island (who conveniently all live in one building on the outskirts of the village). All roads lead back to the racist mayor and his skinhead henchmen, who give Ousmane a run for his money from him on more than one occasion.

The fight scenes and car chases are well done even when wholly unrealistic. (There’s one particular crazy bumper car chase that ends up in the produce section of a grocery store). And the movie excels when Sy and Lafitte are verbally sparring. However, by the fourth act, where the movie earns its title, the story swiftly moves from odd to extra when the mayor gives a racist rhetoric-filled speech at a secret rally attended by everyone from old ladies to cops to several actors who look like Jan. 6 cosplayers.

“The Takedown” suffers from trying to appeal to too many audiences at once and frankly would have worked better as a series.

Written in 2020, we can assume the director is trying to make a statement about police brutality and the dangers of unchecked xenophobia. However, the knee-jerk attempts at addressing them, like the police department trying to market Ousmane as the face of a more diverse and inclusive squad, fall flat and go nowhere. In an attempt to showcase Sy as much as possible Netflix clearly gave more thought to its action scenes than they did the script. (Although Lafitte does well with what he’s given being his character makes no discernible progression the entire film).

Monge stays a womanizing habitual line stepper, while Ousmane is awkward and doesn’t date. In addition, the female characters are reduced to either nags, hags, sex objects, or, in the case of Alice, the local cop tasked with helping them, a closed racist and a homophobe.

In addition, the film’s attempt at addressing real-world racist ideologies at the expense of queer ones is also problematic. For instance, Ousmane is understandably upset as Monge regularly gaslights him about the casual racism he’s regularly subject to in the town. But Ousmane is nearly apoplectic when someone suggests that he and Monde might be lovers. He is so uncomfortable that he can’t even handle being in the room with the naked severed lower half of the train victim’s body at the coroner’s office.

If you decide to watch, do yourself in favor and turn on the subtitles as the voiceover casting doesn’t do the real actors’ voices justice one bit.

Ultimately, “The Takedown” is a goofy retro buddy cop movie with decent action scenes at best. At its worst, it’s as awkward as the diversity and inclusion publicist following Ousmane around, desperate for a relevant quote. 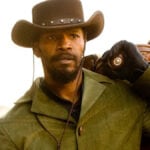