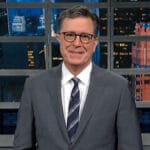 Trevor Noah is a little confused by NASA’s latest strategy to connect with other intelligent life. During “The Daily Show” on Thursday, the late night host touched on the space agency’s plan to send nude photos to space.

“For decades, humans have been trying to not only find other planets for us to destroy, but also intelligent life for us to colonize, and we’ve tried everything,” he said. “We sat out deep space probes. We sat out radio waves in the 50s. We felt like a bunch of dogs and monkeys for some reason. But now, after decades of no luck, NASA has decided to take things up a notch.”

After playing a clip about NASA’s plan, which shows off the nude photos (they’re actually nude drawingstechnically), Noah added: “First things first, they’ve got to hire more women over at NASA because only dudes would think the best way to introduce yourself is with unsolicited nudes.”

He guessed that aliens might not be too thrilled to receive such a message from Earth. More specifically, he took issue with the kind of nude photos that NASA is sending.

“Aliens are going to be really upset that they turned on the airdrop for everyone in the galaxy. But also, but also if you are going to send nudes, why would you send these nudes? Let me tell you something, man. If I was an alien, no way in hell, I’m coming to this planet,” he said. “If someone sent me these nudes, and they said, ‘Hey, you,’ I’d be like, ‘I’m in a coma. I will never be up again.’ I mean, look at this thing. It looks like you’re sexting with an Atari.”

See also  Final Fantasy IX will have an animated series

He continued, “Maybe if I was like a 13 year old alien I could make that work … If we want aliens to get interested, don’t send them an Etch-a-Sketch drawing, send them coupons for OnlyFans.” 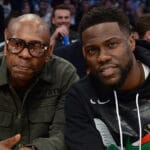 “No wonder every time they abduct someone they probe their butts. We’re sending out the wrong vibe. You understand how scary this is? You know what’s gonna happen here? The aliens are gonna get here and they just going to expect to smash immediately,” he said. “And then they’re going to be disappointed. Yeah, imagine if someone you’ve never even met before texted you nudes. And then you go there and they’re like, ‘Cool. Now that you’re here, I want to introduce you to Joe Biden.’”