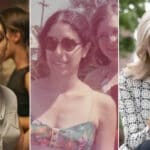 After the bombshell leak of the Supreme Court’s majority decision to overturn Roe v. Wade, spelling the end of abortion rights in much if not all of the country, WrapWomen has released a special bonus episode of the “UnWrapped” podcast with guest host Sharon Waxman, founder of TheWrap and WrapWomen. The episode features interviews with:

“UnWrapped” is a monthly podcast produced by WrapWomen, dedicated to empowering the next generation of women in media and entertainment. Each episode “unwraps” topics from entertainment news and industry trends to career advice, Hollywood headlines and more.

Special guests include industry leaders, actors, producers and studio execs. The aim of the series is to connect those looking for knowledge and access to those with the knowledge and access, providing the WrapWomen community tools to succeed in their personal and professional lives.

New episodes of “UnWrapped” drop the last Friday of every month. You can listen on TheWrap.com, WrapWomen.com, Spotify, Apple Podcasts, Google Podcasts, Amazon Music or wherever you get your podcasts.

WrapWomen is a power base of influential women from entertainment, media, technology and brands committed to changing the face of their industries. Through media and live events including the BE Mentorship Conference and flagship Power Women Summit, we provide a platform to accelerate the vision of women who are building towards a more equitable world. Our events attract a broad network and community of professional women who are decision-makers and mothers, leaders and wives, innovators and activists.