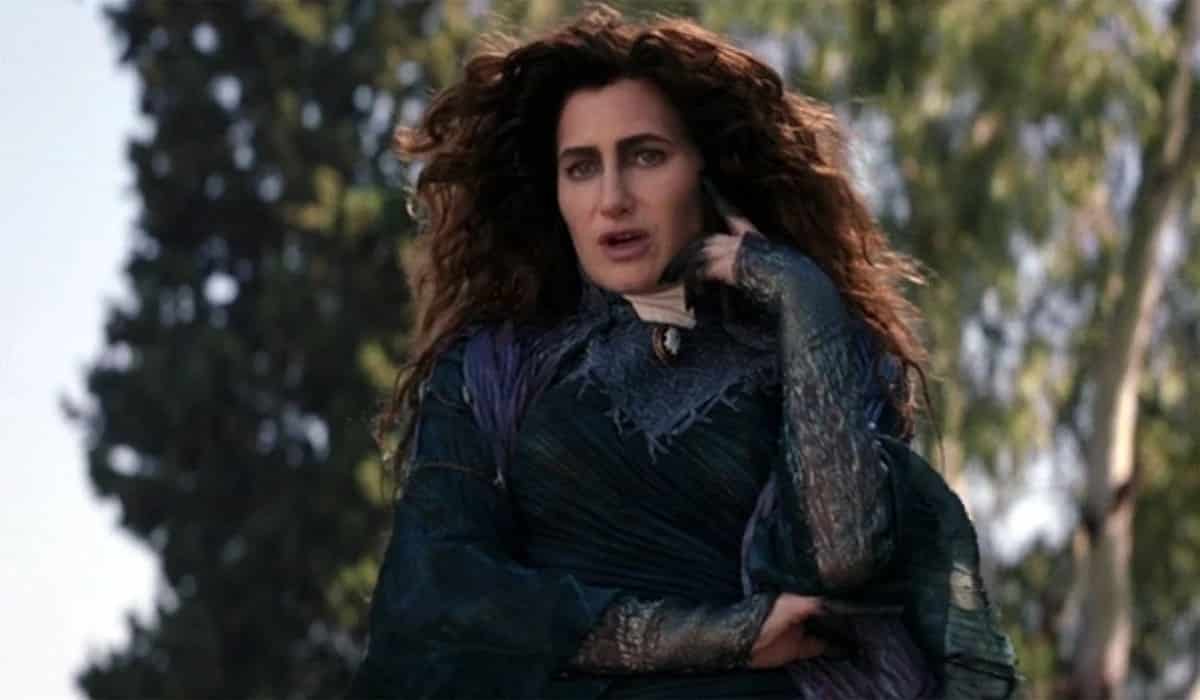 After seeing Doctor Strange 2, fans are wondering what will happen to Scarlet Witch from now on. Watch out for this new rumour!

Doc Strange 2 is now available in theaters around the world and fans of Marvel Studios They are enjoying it like crazy. It is not for less, since it is a great film and has been a revolution for characters like Scarlet Witch. In this post we are going to talk about spoilers, so if you haven’t seen it stop reading here. After what happened in the aftermath of the Sorcerer Supremepart of the public wonders what is going to happen now with the character of elizabeth olsen.

Scarlet Witch’s sacrifice to destroy the dark hold at the end of Doc Strange 2 has meant his death. Or, rather, his presumed death, because no one dies completely in superhero movies. In addition, it is difficult to imagine a character as popular as Wanda Maximoff. Surely, she won’t stay “dead” for long. Whether it’s through resurrection, multiversal travel, or her surprising survival, chances are she’ll be back soon. But where will she do it?

1- The television series of ‘Agatha: House of Harkness’

kathryn hahn will soon have its own series Disney+ What agatha harknesstitled Agatha: House of Harkness. It is a spin-off of WandaVision and could end up with Elizabeth Olsen in the story after Doc Strange 2. At the end of WandaVisionScarlet Witch turned Agatha Harkness into the neighborhood gossip known as agnes. He left her in Westview and took away all the memories of his magical past.

except that Agatha: House of Harkness be a prequel and explore the magical adventures of Kathryn Hahn’s character before WandaVision, the dark witch will need someone to free her from her spell. Given that Scarlet Witch was the one who took away her magical memories, it would make a lot of sense for her to appear in at least a couple of episodes after what happened in Doc Strange 2.

During WandaVision, Agatha Harkness was the one who introduced the Darkhold to Scarlet Witch. She herself was corrupted by the book, as Elizabeth Olsen’s sorceress has been in Doc Strange 2. Perhaps the Disney+ TV spin-off will show Agatha teaching Wanda to live with the corruption that dwells within her, if she has survived. Or even break free of that dark corruption.

2- The second season of ‘WandaVision’

Given how popular Scarlet Witch is right now, making a movie out of her would be the most logical move after Doc Strange 2. However, the impact of WandaVision among Marvel Studios fans it was huge and the studio could make the decision to keep Wanda on Disney + with a second season or a continuation project, in that sense.

The creative team of WandaVision he insisted it was a limited series. The truth is that it makes sense, because the concept of WandaVision it only works within the context of the story that was told in the first season. Though that doesn’t mean Scarlet Witch can’t star in another Disney+ series separate from the first, possibly without Vision this time and exploring what happened in Doc Strange 2.

Recently, insider My Time To Shine Hello acknowledged that there were rumors that Elizabeth Olsen would star in a Scarlet Witch movie after Doc Strange 2. If this ends up being true, the truth is that this year the project would be announced; perhaps, during the celebration of the San Diego Comic Con in the month of July or the D23 event in September.

Scarlett Johansson already tried in Black Widow that Marvel Studios doesn’t need to have the characters alive in their universe to tell their own movie. Maybe something similar will happen to Scarlet Witch and fill in the gaps between projects. You could even focus on those two years that have passed between WandaVision Y Doc Strange 2exploring the growing corruption and dark influence of the Darkhold.

In fact, a solo Scarlet Witch movie could take place after Doc Strange 2. So, we would see her resurrect or reveal how she survived herself and what she did afterward. The demon Chthon he would be a very suitable choice as an antagonist. After all, he was the author of the destroyed Darkhold. defeat the Supreme God of Chaos it could free Wanda Maximoff from her corruption and bring her back onto the path of redemption, if she still has that chance.

The worst thing that could happen to Scarlet Witch is for her to lie fallow for a few years, waiting for her return. she could do it in avengers 5, the new delivery of the most powerful heroes of the Earth. The next big threat The Avengers it remains a mystery. everything points to Kang the Conquerorbut we will see what happens because Doc Strange 2 He has changed everything with the Multiverse.

See also  FIX: Are you afraid of the dark? The Curse of Shadows balances cozy nostalgia and jumping scares

Whoever the foe The Avengers faces, Scarlet Witch could be a great asset in fending off the cosmic threat. However, between what happened in Westview and what she has shown Doc Strange 2… It will be very complicated. The Avengers won’t be too keen on asking Wanda Maximoff for help, let alone putting her back in the starting lineup.

When Scarlet Witch reunites with her former teammates, the first thing she needs to do is regain her trust given what happened in Doc Strange 2. Perhaps his sacrifice destroying the Darkhold was a first step in that journey. Assuming he survives or returns, things as they are. However, Wanda Maximoff’s path to being part of The Avengers again will be long and complex. Over time, perhaps, she ends up showing that she is not a bad option to save the Earth and not destroy it.